You are here: Home / Christian Action League / What the Issues of Racism and Abortion Have in Common

During the 1930s, the Federal Writers’ Project sponsored remarkable interviews with former slaves. The project was based on the premise that no one could better describe the institution of slavery in America than someone who had experienced it. These experiences were recorded for posterity, and today the Library of Congress contains more than 2,000 incredible slave narratives.

Recently, I came across a book edited by Belinda Hurmence titled, My Folks Don’t Want Me to Talk about Slavery.  Hurmence reviewed and compiled 21 first person collections of the more than 170 interviews by the Federal Writers’ Project that were of former slaves from my home state, North Carolina.

Here’s an excerpt from that book. The person speaking is former slave, Jacob Manson. At the time of the interview, Mr. Manson was 86 years old and lived on North Haywood Street in Raleigh.

“I belonged to Colonel Bun Eden. His plantation was in Warren County, and he owned about fifty slaves or more…

“Our cabins was built of poles and had stick and dirt chimneys, one door, and one little window at the back end of the cabin. Some of the houses had dirt floors. Our clothing was poor and homemade.

“Many of the slaves went bareheaded and barefooted. Some wore rags around their heads, and some wore bonnets. We had poor food, and the young slaves was fed out of troughs. The food was put in a trough, and the little n@#*@#* gathered around and et. The chillun was looked after by the old slave women who were unable to work in the fields, while the mothers of the babies worked. The women plowed and done other work as the men did. No books or learning of any kind was allowed. No prayer meetings was allowed, but we sometimes went to the white folks’ church.

“When bad storms come, they let us rest, but they kept us in the fields so long sometimes that the storm caught us before we could get to the cabins…

“Marster lived in the great house. He didn’t do any work…went dressed up all the time, and had n@#*@#* to wash his feet and comb his hair…

“Marster would not have any white overseers. He had n@#*@# foreman…He liked some of the n@#*@# womens too good to have any other white man playing around them. He had his sweethearts among his slave women. I ain’t no man for telling false stories. I tells the truth, and that is the truth. At that time, it was a hard job to find a marster that didn’t have women among his slaves. That was a general thing among the slave owners. One of the slave girls on a plantation near us went to her missus and told her about her marster forcing her to let him have nothing to do with her, and her missus told her, ‘Well, go on, you belong to him.’

“We worked all day and some of the night, and a slave who made a week, even after doing that, was lucky if he got off without getting a beating. We got mighty bad treatment, and I just want to tell you, a n@#*@# didn’t stand as much show there as a dog did. They whipped for most any little trifle. They whipped me, so they said, just to help me get a quicker gait.

“I think slavery was a mighty bad thing, though it’s been no bed of roses since, but then no one could whip me no more.”

Reading such words today, it’s hard to believe there ever was a time in our country when the racist subjugation of one group of people was not considered a grave injustice. What’s even harder to believe is that members of Christendom in partnership with Muslims in North Africa initiated the slave trade to the New World.

Gilbert M. James in Baker’s Dictionary of Christian Ethics notes: “When voices were raised against this inhuman traffic, particularly by influential men and representatives of powerful organizations, the slaveholding interests were driven to find moral justification for enslaving human beings. As a result, a vast body of literature developed on the Scriptural justification of slavery, to which large segments of the church in the South gave support. The churches’ defense of slavery became so wide-spread that: ‘the American Anti-Slavery Society observed in their ‘Resolutions’ of May 7, 1844, that no institution is more hostile to the anti-slavery movement than the professedly Christian church in this country.’”

This same error today, I believe, is being made with respect to abortion. Although it is evangelical Christians and Catholics who are largely making the case against this wanton and gruesome destruction of the innocent unborn up to more than 60 million, there are still a number of pro-choice Catholic groups. Christian Protestant denominations that have official and long-standing pro-choice positions include the Presbyterian Church (USA), the Episcopal Church, the United Methodist Church, and the United Church of Christ.”

Let’s not forget that, despite the stain of much of the churches’ support for slavery in the past, it was also Christianity which produced a William Wilberforce and the Clapham Saints who had a profound influence in abolishing the slave trade. And it was Christian abolitionists that were the driving force behind ending slavery in America. 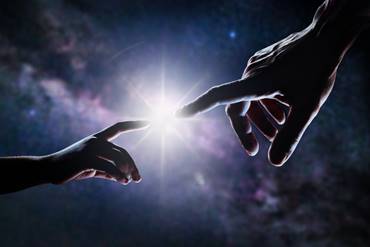 Both issues, racism and the sanctity of human life, are addressed by God’s creative purpose “in the beginning” to make man after his own image. Every person carries the divine image. Therefore, we should never unjustly disaffect, degrade, or destroy the life of any fellow human being at any stage or station.

Here’s a final thought: May God hasten the day when our nation might record and listen with awe to the first-person testimonies of those who were targeted for abortion, and for one blessed reason or another survived, during the sad days when it was still legal.