You are here: Home / Christian Action League / What Does the Bible Say About Drinking: Four Points to Consider 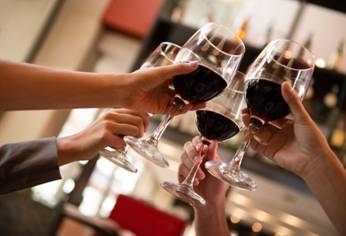 What does the Bible say about drinking? That is a question about which I wonder, do people really want the answer? Like many issues, Christians tend to pick out passages that “prove” their position, instead of allowing Scripture to dictate what their position should be. Let’s take an honest look at the Bible and see what God has to say about the issue of alcohol.

First, I think we should define what “drinking” we are talking about. Obviously, God is in favor of us “drinking” liquids. Without drinking something, we’d die. The issue here is, what does the Bible say about drinking alcohol? I say this, not to be sarcastic, but to introduce the first point.

We must understand an important point. Just because someone is said to have been drinking “wine” does not mean they were necessarily drinking alcohol. Did you know that many of the Hebrew words translated, “wine,” do not necessarily imply an alcoholic beverage? We even read in passages such as Isaiah 65:8, “the new wine is found in the cluster.” Read the rest of this entry