You are here: Home / Rev. Creech's Commentary / What Can Transcend Our National Conflicts?

A.L. Long’s Memoirs of Robert E. Lee contains an incredible story concerning the last day of battle at Gettysburg. It’s the account of a Union Army veteran on that fateful day.

“I was at the battle of Gettysburg myself….I had been a most bitter anti-South man and fought and cursed the Confederates desperately. I could see nothing good in any of them. The last day of the fight I was badly wounded. A ball shattered my left leg. I lay on the ground not far from Cemetery Ridge, and as General Lee ordered his retreat he and his officers rode near me.

“As they came along I recognized him, and, though faint from exposure and loss of blood, I raised up my hands, looked Lee in the face, and shouted as loud as I could, “Hurrah for the Union!”

“The general heard me, looked, stopped his horse, dismounted, and came toward me. I confess that I at first thought he meant to kill me. But as he came up he looked down at me with such a sad expression on his face that all fear left me, and I wondered what he was about. He extended his hand to me, and grasping mine firmly and looking right into my eyes, said, “My son, I hope you will soon be well.”

“If I live to be a thousand years I shall never forget the expression of General Lee’s face. There he was, defeated, retiring from a field that had cost him and his cause almost their last hope, yet he stopped to say words like those to a wounded soldier of the opposition who had taunted him as he passed by. As soon as the general left me I cried myself to sleep there upon the bloody ground.”

This week, comedian Kathy Griffin, posed with a fake, decapitated head of President Donald Trump that went viral. The photo was reflective of something ISIS does to its enemies. Obviously, the picture depicted what Griffin and other progressives, like herself, wish that they could do to the President.

The response by the public was negative. CNN fired Griffin from her hosting duties with the network despite her apologies.

Britt Hume with Fox News rightly said that “there has been a decline in the civility of our discourse in our country.” He added that it had reached a zenith with Kathy Griffin.

On Tuesday morning, Fox and Friends co-host, Ainsley Earhardt seemed to ask the question many Americans are asking in the wake of similar incidents, “What’s wrong with our country?”

I can tell you partly what’s wrong. We’ve seemingly forgotten what Robert E. Lee knew on that battlefield when things weren’t going as he thought they should go, when instead of responding in anger and bitterness to the other side, he reached out in kindness. He understood that, in the end, there is an American brotherhood that transcends the worst of conflicts. 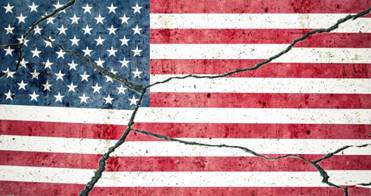 Our nation is every bit as divided, at least philosophically, as it was during the Civil War.  Our freedoms are fragile. But the same God who gives grace to the soul is the same God who saves and redeems the nations.

Robert E. Lee was well-known for being a devout Christian man. The strongest force to bring union between a people is a common faith in the grace of Jesus Christ – the kind of grace that causes me to treat my neighbor with the same kindness that God has shown to me.

The Scriptures say, “Behold, how good and how pleasant it is for brethren to dwell together in unity! (Ps. 133:1).

May God bless us to once again find that common thread that we may truly live out the axiom of our national identity, being “one nation, under God, indivisible, with liberty and justice for all.”