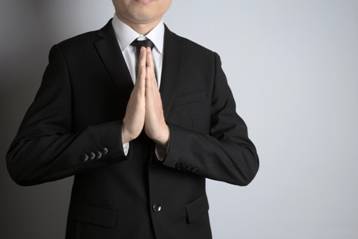 ROWAN CO. – Commissioners in Rowan County, who for years opened their meetings by offering a word of prayer, will have to accept a Fourth Circuit Court of Appeals decision from last year. That decision said they were violating the First Amendment ban on the government’s establishment of religion. On Thursday, the U.S. Supreme Court refused to hear the County’s appeal on the controversial case, and thereby letting the ruling stand.

National Center of Life and Liberty attorney David Gibbs, who helped represent the Commissioners in the 5-year-old case, said public officials should have the freedom to pray in accordance with their consciences.

“No American should be forced to forfeit their freedom because someone else doesn’t like what you say or what you believe,” he told the media.

He was not alone in his opinion. Justices Clarence Thomas and Neil Gorsuch agreed that the court erred in refusing to hear the case.

“In ruling that Rowan County must change the prayers it uses to open its board meetings, the Court of Appeals for the Fourth Circuit emphasized that the county’s prayers are led by the legislators themselves, not by paid chaplains or guest ministers. This analysis failed to appreciate the long history of legislator-led prayer in this country, and it squarely contradicted a recent decision of the Sixth Circuit,” Thomas wrote in his dissenting opinion. He called the Fourth Circuit ruling “unfaithful to our precedents and ahistorical.”

“For as long as this country has had legislative prayer, legislators have led it. Prior to Independence, the South Carolina Provincial Congress appointed one of its members to lead the body in prayer. Several states, including West Virginia and Illinois, opened their constitutional conventions with prayers led by convention members instead of chaplains,” Thomas wrote. “The historical evidence shows that Congress and state legislatures have opened legislative sessions with legislator-led prayer for more than a century.”

He also characterized the prayer policy upheld in a recent Sixth Circuit case as “virtually identical to Rowan County’s.”

“It is contrary to American interests and even treasonable to our most fundamental beliefs to forbid lawmakers to call upon the name of the Lord in a public setting,” said the Rev. Mark Creech, executive director of the Christian Action League. “No one was coerced or forced to take part in prayer during these meetings – no one was ordered to pray a certain way. It was instead an exercise in freedom of religion – leaders humbling themselves and seeking divine direction to govern. Free speech – religious liberty – is being infringed. When lawmakers, Commissioners and Town Councilman pray, that’s not an establishment of religion by the government, even if all of them happen to be Christian. Neither is it a step towards it. It is simply a tolerable acknowledgment of beliefs held by the ones who pray.”

The prayers offered by County Commissioners were not considered controversial until 2013 when the American Civil Liberties Union of North Carolina sued on behalf of three non-Christian residents who claimed that the practice made them feel unwelcome. A district court ruled against the Commission in 2015. But that ruling was reversed via a 2-1 decision by a Fourth Circuit Court of Appeals panel, prompting the full Fourth Circuit Court to take the case a year ago. That 15-member body ruled 10-5 that the Commissioners’ prayers from 2007 to 2013 were unconstitutional because (1) the Commissioners offered the prayers, (2) the vast majority of the prayers were Christian, (3) people at the meetings were encouraged to participate, and (4) members who had business with the county government often felt they were under pressure to join in the prayers – something allegedly inappropriate in a government setting.

Judge Harvey Wilkinson wrote for the majority in the decision by the full Fourth Circuit and argued, “The Establishment Clause does not permit a seat of government to wrap itself in a single faith. But here elected officials took up a ministerial function and led the political community in prayers that communicated exclusivity, leaving members of minority faiths unwilling participants or discomforted observers to the sectarian exercises of a religion to which they did not subscribe.”

Judge Paul Niemeyer dissented and correctly contended, “The majority refuses to recognize the importance of religion – and of legislative prayer in particular to democracy and American civic life. And its decision to ‘pay close attention to the interplay between the various facets of the County’s prayer practice to assess whether it is too sectarian, unwisely inserts government into the role of regulating faith expression in precisely the way the Establishment Clause was intended to forbid.”

Justice Thomas echoed that sentiment and decried the logic in the Fourth Circuit’s ruling. He also highlighted the lack of agreement between the Sixth and Fourth Circuits’ rulings, meaning the law of the land differs depending on where you live.

“State and local lawmakers can lead prayers in Tennessee, Kentucky, Ohio, and Michigan, but not in South Carolina, North Carolina, Virginia, Maryland, or West Virginia,” he wrote. “This Court should have stepped in to resolve this conflict.”

Although Rowan County Commissioners have stopped offering their own prayers prior to meetings, they have invited a Rowan County Sheriff’s Office chaplain to provide opening invocations.