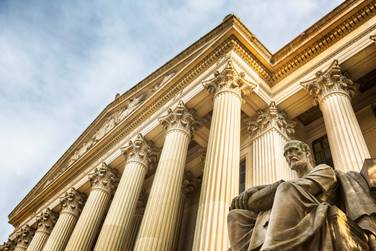 Chief Justice John Roberts, noted in the decision, “Given the blizzard of filings over who is and who is not authorized to seek review in this Court under North Carolina law, it is important to recall our frequent admonition that ‘[t]he denial of writ of certiorari imports no expression of opinion upon the merits of the case.’”

North Carolina’s Voter ID which passed in 2013 required that voters in the Tar Heel state provide valid identification before casting their vote.

Although the law ensured any citizen of the state wanting an opportunity to vote could do so, although it provided a list of valid government-issued photo IDs voters could present at the polls, although it allowed any person without a photo ID to secure one without charge at the Department of Motor Vehicles, although it still allowed anyone who had difficulty getting an ID to fill out a reasonable impediment affidavit and have their vote counted, the liberal Fourth Circuit Court of Appeals knocked down the legislation last year, contending it was “enacted with racially discriminatory intent,” and, therefore, unconstitutional.

The U.S. Department of Justice under former attorney general Loretta Lynch, the North Carolina chapter of the NAACP headed by Rev. William Barber, named voters, and four churches brought the suit against the law.

Using private attorneys secured by the state’s legislative leadership because then NC attorney general, Roy Cooper, would not defend the case for Voter ID; the case was appealed to the U.S. Supreme Court.

When Cooper was elected Governor and Josh Stein was elected the new state’s attorney general, both Democrats, the two sought to withdraw the state’s appeal, which raised questions about who could actually represent the state.

NCGOP chairman, Robin Hayes, stressed the decision not to hear the case by the High Court didn’t mean the court was affirming the decision by the Fourth Circuit. “Part of the SCOTUS decision is a result of Governor Roy Cooper and attorney general Josh Stein’s stealthy action in February when they fired attorneys that were previously hired by the General Assembly to represent North Carolina in the Voter ID case, said Hayes. “At the time, attorney general Stein was accused of ethical misconduct for his efforts in derailing the case.”

Hayes was referring to Stein’s previous testimony on behalf of left-wing interest groups that opposed Voter ID, while he was contemplating his run for the state’s attorney general office. Stein’s father had also represented the plaintiffs in the Voter ID case; a conflict of interest many believe should have prevented Stein from representing the state.

House Speaker Tim Moore and Senate President Pro-Tempore, Phil Berger released a joint statement after the issue of the SCOTUS order, saying, “It is unconscionable that Roy Cooper and Josh Stein – who ignored state law and flouted their conflicts of interest to kill voter ID in North Carolina – have now caused the vast majority of voters who support voter ID to be denied their day in court…”

Photo ID is already in place in approximately 15 other states, some of which have stronger Voter ID requirements than the Tar Heel state. Wisconsin has a Vote ID stricter than North Carolina’s, which was ruled constitutional by the 7th Circuit Court of Appeals and the U.S. Supreme Court.

“This is simply delayed justice for the people of North Carolina who overwhelmingly approve of Photo Voter ID requirements,” said Dr. Mark Creech, executive director of the Christian Action League.

“There are few things more sacred to our civil process than the right to vote, but there are always nefarious forces who would abuse this right. It’s been happening for years. Is purchasing Sudafed, cashing a check, boarding an airplane or entering a federal courtroom more important than the right to vote? These activities require a Photo ID for which there is no opposition. This raises a serious question. Does the stubborn hostility to our state’s Voter ID law by our governor and attorney general indicate they support voter fraud?  They will argue, of course, that they want to protect the right of everyone to vote, but then dismiss concerns about the integrity of the vote,” added Dr. Creech.

The leadership in the North Carolina General Assembly vows to continue the fight for common sense ballot security measures. Lawmakers could take up another Voter ID initiative before the current legislative session ends.