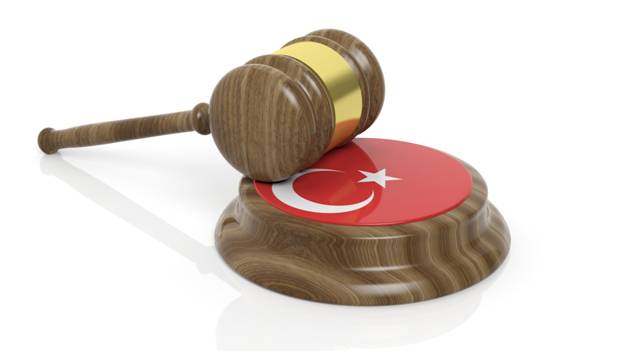 Friday, a Turkish Court released North Carolina pastor, Andrew Brunson. The court convicted Brunson of terror-related charges, but released him taking into account the time he had already served in prison and his good conduct. It also lifted his house arrest and travel ban so he could return to the United States.

The charges against Brunson, which he denied, were always unsubstantiated and the U.S. State Department argued that he had committed no crime. North Carolina U.S. Senator, Thom Tillis (R) stated the only thing Brunson was guilty of was sharing his faith with those who would listen.

From his prison cell in Turkey, Brunson had written, “Let it be clear, I am in prison, not for anything that I have done wrong, but because of who I am – a Christian pastor. I desperately miss my wife and children. Yet, I believe this to be true – it is an honor to suffer for Jesus Christ, as many have before me. My deepest thanks to all those around the world who are standing with and praying for me.”

Brunson’s arrest and imprisonment caused strained relations between the U.S. and Turkey, which are NATO allies.  Because of the injustice, President Trump ordered sanctions, putting considerable pressure on the Turkish lira.

Creech argued that Brunson’s unjust detainment and imprisonment was not simply a federal concern, but also a state issue because of Brunson’s North Carolina citizenship.

At the time, Rev. Creech also contended that if Brunson was still in prison by the time lawmakers reconvened in January 2019, then the Legislature should authorize the state’s Treasurer’s office to review the state’s economic relationship with Turkey and make recommendations appropriate to the circumstances.

“Today is a day of celebration and gratitude. A fellow American, a North Carolina citizen, and a brother in Christ, is coming home to family and friends.

“We thank God for this answer to prayer.  A word of thanks is also due the President, his administration, and Congress. Sen. Thom Tillis (R) worked tirelessly for Brunson’s release and deserves much gratitude. Even state lawmakers weighed in, urging for Pastor Brunson’s liberty.

“It was providential that this Christian pastor ended up on the world stage. His unjust arrest, detainment, and imprisonment, highlights the assault on religious liberty around the globe. Essential to religious freedom is the rule of law and an end to government corruption. Brunson was a victim to an absence of the first and the presence of the latter.

“America has always been a proponent of religious freedom. Because we’re witnessing assaults against it with intensity unlike we’ve seen in many years, our government needs to take this from the backburner and give it the priority it is due. Brunson is coming home, but many others still suffer. Any place where there is religious persecution, we can expect the diminishing of additional human rights.

“Although America has not suffered religious persecution as others in the world, religious liberty seems now to be on a slippery slope in this country. Civil libertarians are dangerously twisting the meaning of the religious clauses of the First Amendment, ousting any vestige of faith, particularly the Christian faith, in the public square. If this continues, how long will it be before people of faith in the U.S. will be treated as Brunson was in Turkey? How long before the rule of law is thrown aside and political corruption unjustly results in the jailing of believers?”