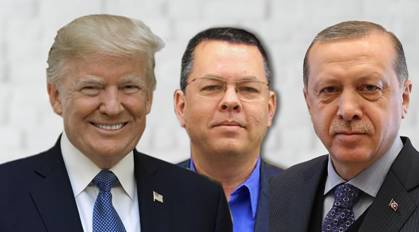 Last week, Christians celebrated the news that Pastor Andrew Brunson, from Black Mountain, North Carolina, had been moved from prison to house arrest. But recent developments indicate that Brunson’s plight may be far from over.

Brunson, who served as a missionary in Turkey for nearly 25 years, has been wrongly accused of espionage and terrorism. The pastor declares that he is innocent. The charges against him are unsubstantiated, and the U.S. State Department says he has committed no crime. North Carolina U.S. Senator, Thom Tillis (R) once stated on the Senate floor that the only thing Brunson is guilty of is sharing his faith with those who would listen.

Brunson’s case has been heard in court twice. Many thought his release would be secured at the last hearing in July. Instead, he was sent back to prison, and a new date for his trial set to continue in October.

Since the pastor’s detainment in 2016, U.S.-Turkey relations have slowly deteriorated.

Drawing from a report by the Washington Post, the Asheville Citizen-Times says that President Donald Trump believed that he had struck a deal with Turkey’s President Erdogan for Brunson’s release. In exchange for dropping the charges against Brunson, the U.S. asked Israel to release and deport a Turkish woman, Ebru Ozkan, who had been accused of smuggling for the Palestinian organization, Hamas. Both Israel and the U.S. believe Hamas is a terrorist group.

Trump made the request to Israeli Prime Minister Benjamin Netanyahu July 14th, and Ozkan was deported the next day. But when the Turkish court only approved house arrest for Brunson, the Trump administration says Turkey failed to keep their end of the bargain. Thus, the next day President Trump angrily tweeted there would be “large sanctions” against the Turkish government.

The Asheville Citizen-Times says that the Israeli news outlet, Haaretz, has confirmed the story by the Washington Post.

CNN reports that Erdogan denies there ever was any agreement between Turkey and the U.S. to release Brunson in exchange for Ozkan.

“We told the Americans that they could help us with getting Ebru (Ozkan)…but we never said, ‘and in exchange, we will give you Brunson,” said Erdogan.

Erdogan also says the U.S. is liable to lose a “strong and sincere partner” if it continues pushing Turkey for Brunson’s freedom. He added, “You cannot make Turkey take a step back with sanctions. They [the U.S.] need to know the following: we are not tied with an umbilical cord to the U.S.”

White House Press Secretary Sarah Huckabee Sanders announced Wednesday that the President had ordered sanctions targeting two top Turkish officials. Sanders said “any property or interest in property” of both Turkey’s Minister of Justice and its Minister of the Interior “within U.S. jurisdiction is blocked and U.S. persons are generally prohibited from engaging in transactions with them.” Sanders said both of these officials had played “leading roles” in the unjust arrest of Brunson.

NBC News reports that Secretary of State Mike Pompeo stated: “The Turkish government refused to release Pastor Brunson after numerous conversations between President Trump and President [Tayyip] Erdogan, and my conversations with Foreign Minister [Mevlut] Cavusoglu. President Trump concluded that these sanctions are the appropriate action.”

Turkey has demanded that the U.S. immediately reverse its decision.

Vox.com reports that one of the reasons Brunson matters so much to the U.S. and President Trump is because “Christian persecution is on the rise in Turkey, as Turkish President Recep Tayyip Erdogan systematically dismantles his country’s historical secular democracy in favor of ruling by the tenants of Islam.”

“The people in Washington who care about the Brunson dilemma tend to see the issue through that ideological lens: a persecuted Christian trapped in an increasingly Islamic country,” reports Vox.com. “It’s mostly what motivated the administration and its supporters to push for setting the pastor free – and not simply the fact that he’s a U.S. citizen unjustly imprisoned abroad.”

Sen. Tillis helped secure a provision in the 2019 National Defense Authorization Act that would prohibit Turkey from receiving any F-35 aircraft from the United States while it continues to mistreat U.S. citizens. Sen. Tillis also directed a bipartisan letter to President Erdogan which was signed by 71 Senators calling for Pastor Brunson’s release. Tillis has visited Turkey twice, including meeting with Brunson and attending his trial back in April. Senators Jeanne Shaheen (D) from New Hampshire and Lindsey Graham (R) of South Carolina have visited Turkey and met with Brunson. The two Senators also met with President Erdogan and pressed for the pastor’s release.

Vox.com says a bipartisan group of Senators in July introduced legislation that calls on Turkey to stop detaining American citizens on bogus charges. Lawmakers said that Brunson is one of the main reasons for the legislation, which will make it more difficult for Ankara, Turkey’s capital, to get access to international loans. If the legislation passes, the President would surely sign it.

Last June, the North Carolina House unanimously approved a resolution, and the state Senate put forward a Senatorial statement, calling upon Turkey to release Pastor Brunson. Dr. Mark Creech, executive director of the Christian Action League, said that Turkey has investments with the state of North Carolina, and he hopes that if Brunson is not released soon state lawmakers will determine appropriate ways to ramp up the pressure. “It would be right for the state to respond in this way, because Brunson is not just an American but a North Carolinian,” he said.

Vox.com reports the reason Turkey continues to hold Brunson even when it’s causing them trouble is because “Ankara sees him as potentially useful leverage in so-called ‘hostage diplomacy’ in the unlikely extradition of a Turkish US-based cleric name Fethullah Gulen.” Gulen currently resides in Pennsylvania, and Turkey believes he was the mastermind behind an attempted coup of the Turkish government in 2016.

Turkey vows to strike back at the U.S for imposing sanctions. But Turkey seems to have more to lose that the U.S. The Asheville Citizen-Times reports Turkey’s economy is struggling badly with an inflation rate above 15 percent. Meanwhile, the Turkish lira has dropped by 20 percent in dollars.

“This situation has escalated tensions,” said Dr. Creech. “But the United States can’t afford to do nothing while its citizens are unjustly detained. Brunson is facing 35 years for loving the people of Turkey and serving them. That’s outrageous! If innocent people like Brunson aren’t safe in Turkey, no American citizen is safe. At this point, it seems both governments have staked themselves out, and it doesn’t look like a resolution will be anytime soon. But nothing is impossible with God, and we must persevere in prayer. Turkey is defenseless against our prayers.”