A trio of recent news items that homosexual activists might consider “big wins” are truly examples of how the movement bullies various sectors of society, including businesses, elected officials and those who believe the Bible.

On April 20, the Washington Post reported that Seattle-based Amazon had apparently bowed to “No Gay? No Way!” pressures and decided not to consider for its second headquarters any state that does not have nondiscrimination laws for gay and transgender people.

These non-discrimination laws are referred to as SOGI laws, which is an acronym for “sexual orientation” and “gender identity.” Ryan Anderson, senior research fellow in American Principles and Public Policy with the Heritage Foundation argues these SOGI laws can have serious unintended consequences.

“They threaten small business owners with liability for ‘alleged’ discrimination based on subjective and unverifiable identities, and not on objective traits. They expand state interference in labor markets, potentially discourage economic and job creation. They endanger religious liberty and freedom of speech, and they mandate education and employment policies that undermine common sense in the schoolhouse and the workplace,” says Anderson.

“They are a threat to freedom. And if these reports about Amazon are true, it clearly demonstrates the fascist type techniques of the Gaystapo. Homosexual activism is the meanest form of politics. They pressure Amazon, saying ‘no gay, no way,’ and convince a national retailer to boycott 28 states which fail to dot every ‘i’ and cross every ‘t’ as they demand,” said the Rev. Creech. “I have stated my concerns in the past about whether Amazon would do their bidding; it appears as though they indeed may, just as numerous other large corporate entities have bowed to their animus to traditional sexual mores. You have to understand these groups believe their so-called sexual rights trump all other rights.”

North Carolina came under fire more than two years ago, after passing HB2 to help preserve bathroom privacy — gender-specific restrooms based on biological sex — and to keep municipalities from offering special legal protections based on “sexual orientation” and “gender identity.”

After tremendous pressures from gay rights groups, large corporate entities, celebrities, sports organizations, and leftists groups, the bill was partially repealed and replaced with HB 142, a compromise measure that delayed any enactment of SOGI ordinances until December 2020.

Since this time, Gov. Roy Cooper has been quick to point out everything that he has been doing to make North Carolina a so-called inclusive and welcoming place, from repealing HB2 to signing an executive order to prohibit discrimination in state contracting.

But the promise was apparently not enough for the “No Gay? No Way!” campaign and Amazon, which is expected to spend $5 billion on the new location and employ up to 50,000 people has reportedly knocked North Carolina off its short list.

Also this past week, North Carolina’s largest homosexual activist group announced it will withhold its support for Tar Heel lawmakers who voted for the HB2 repeal bill, claiming it didn’t go far enough to protect the LGBTQ community.

“These homosexual activists aren’t even friends to their friends,” Creech quipped. “In North Carolina, Equality NC refuses to support Democrats that have supported their cause but haven’t felt they should or could do everything they require. I once referred to them as ‘social terrorists’ because that’s the way they work,” he said.

Matt Hirschy with Equality NC told the media that cutting support to lawmakers who sought a full repeal of HB2, but settled for the HB 142 compromise, was necessary to “uphold the integrity and mission of our organization.”

But Democrats who have long supported Equality NC urged voters to consider not only their vote on HB 142 but also their full track record on LGBTQ issues.

Finally, fallout continues from a California bill that would ban books, printed materials and advertisements that provide information that a person with unwanted same-sex attractions or gender confusion can change. The California Assembly has already approved the bill and now it goes to the state Senate for consideration. 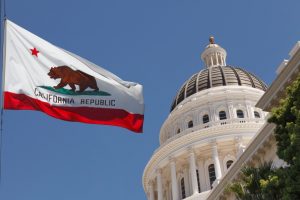 “California AB 2943 is a dangerous bill that would punish people for their biblical beliefs about marriage, gender, and human sexuality,” Mat Staver, chairman of Liberty Counsel, wrote on his group’s website. “This law is stunning in its breadth. The mask of those supporting this oppressive bill has been removed. Their goal is to crush Christianity and any viewpoint that does not align with the state.”

Creech said if homosexual activists were interested in just being equals or in being treated like everyone else as they have claimed for years, then they wouldn’t be driving legislation in California that could potentially ban Scripture or the Gospel of Christ, which promises deliverance from the power of sexual immorality.

“Certainly many will claim my words to be pure hyperbole, but look and see,” Creech said. “Their objective is and always has been, ‘bend our way or we’ll break you into pieces.’ Do they seem like victims to you? What a ruse!”