You are here: Home / Christian Action League / There, I Said It: Americans Need to Stop Supporting the Democratic Party 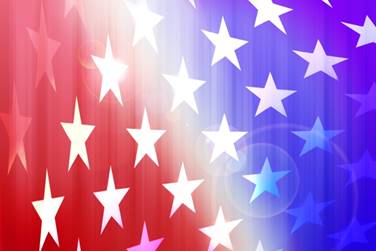 You may have heard the old story about a legendary politician in Western North Carolina who ran unsuccessfully several times for public office. He was a Democrat in a Republican stronghold. His failures to get elected made him so despondent that he decided to commit suicide.

To make certain he was successful, he made his way to the local hardware store and bought several items: a rope, some rat poison, a pistol, and some kerosene, after which he took those items with him down to the river.

The would-be politician then stood in a boat, tied a noose around his neck and to an overhanging limb, doused himself thoroughly with kerosene, swallowed the rat poison, set himself afire, and held the pistol to his head and fired it.

The bullet went awry, hitting the rope and cutting it in two, throwing him into the river, which doused the flames. The situation made him so sick on his stomach that he threw up the rat poison. He then swam out, changed political parties, ran on the Republican ticket and won.

If there’s any truth to that story, I would say that Providence graciously intervened.

As a Christian minister and lobbyist for the Christian Action League of North Carolina, I’ve always tried to work with both political parties, Democrats and Republicans. But in the interest of transparency, I readily admit that I am a Republican and have ended up supporting Republican policies more often than not.

I find it difficult to take seriously a political Party, the Democratic Party, which is characteristically made up of people who reject the external, definable and transcendent authority of the Bible, exalt the state above God, believe in a moral relativism, and often contend the most dangerous people in the nation are those who have strongly held Christian convictions (unless those religious convictions have been modified to match Progressive positions). Democratic policies, generally speaking, hold that life is not sacred at every stage, same-sex marriage and transgenderism are normal, and matters outside of the individual rather than within have more to do with the evil ways that people act. Neither can I support economic policies which mostly back extensive government regulation as opposed to the biblical principles of private ownership and free markets. And while my faith instructs me that the “sojourner,” the alien in the land, must be treated humanely and with compassion, it does not argue for treating undocumented aliens, illegal immigrants, with equal or superior rights as legal citizens. Nations have a duty, as well as a God-given right to protect their borders – something the Democratic Party seems to have forgotten.

This is, in a nutshell, why I most often support Republican policies rather than Democratic ones. They are polar opposites on bedrock matters of natural law.

Now this may come as a surprise to many, but my remarks are not meant as an appeal for the Republican Party. Republicans don’t have it all together. Neither do the Libertarians or any other political groups. In fact, no one political Party matches Christian principles perfectly.  Nevertheless, you really can’t be neutral about morality issues of great consequence. You have to make a choice. Using the eternal Word of God as the standard, it’s not always which political group has everything right, it’s about choosing to support the one that has it mostly right. One may choose, for conscience sake, to be unaffiliated with any political Party. This too can have its negatives for making the most impact for good. Such is what it means to live in a fallen world. Still, to choose what is mostly evil should never be the choice of good citizenship.

There was a time when ministers could be more non-partisan and remain above the fray. But the times have changed and I’m not convinced any preacher who will do his duty to both God and fellowman can be complicit by silence with a political structure that has become much of the focus of evil in our day.

Then I say to my Christian friends, “Come with me. Walk the halls of power as I do and see. Be honest with God and yourself and judge by the Scriptures what engine, what political Party and its dogmas, is really driving our national vehicle off the precipice.”

There, I’ve said it. And I would rather stand in a boat with a noose around my neck, douse myself with kerosene, swallow rat poison, set myself afire, and put a pistol to my head and fire it, than be mute at such a critical juncture in history.

Martin Luther once said, “Though we are active in the battle, if we are not fighting where the battle is the hottest, then we are traitors to the cause of Christ.” To fail to speak to this issue, I believe, would be treasonous to my country and God.