You are here: Home / Christian Action League / The Pope Says There is No Hell? 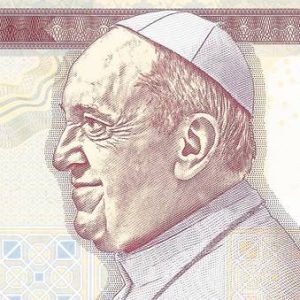 Is it true? Did the Pope actually say that there is no hell?

That’s what some news sources reported. Eugenio Scalfari, an atheist journalist who recently interviewed the Pope, is where the claim originated. Scalfari said the pontiff told him that unbelievers don’t go to hell, hell doesn’t exist, instead, their souls are annihilated.

“Those who repent obtain God’s forgiveness and go among the ranks of those who contemplate him, but those who do not repent and cannot be forgiven disappear. There is no hell – there is the disappearance of sinful souls,” the Pope allegedly claimed.

Other news sources, however, report that the Vatican is claiming Scalfari’s piece is unreliable and not a faithful transcription of the Pope’s words.

Whatever the case, Scalfari’s article in La Repubblica, has much of the world speculating. Conservative radio political pundit, Rush Limbaugh, speculates the Pope is really a left-winger and actually trying to mingle his own leftist personal views with church doctrine. Other media spokespersons argue some version of the same and claim Pope Francis is unwilling to enter into a long battle within the church over the doctrine of hell, but this is one clever way he can incrementally chip away at the view. Until the Pope himself is willing to clearly distance himself from Scalfari’s claims, they argue it leaves the Pope suspect.

One thing not given to speculation though is the Catholic Church’s teaching on hell – a view that is not consistent with the belief that the ultimate judgment of unbelievers is the annihilation of their souls.

Catholic teaching says, “[T]he church affirms the existence of hell and its eternity. Immediately after death, the souls of those who die in a state of mortal sin descend into hell, where they suffer the punishments of hell, ‘eternal fire.’ The chief punishment of hell is eternal separation of God, in whom alone man can possess the life and happiness for which he was created and for which he longs.”

The Bible, which is the Word of God, should be the sole authority on the subject of hell. Its claims on the subject are abundantly clear. Psalm 9:17 says, “The wicked shall be turned into hell, and all the nations that forget God.” Daniel 12:2 reads, “And many of them that slept in the dust of the earth shall awake, some to everlasting life, and some to shame and everlasting contempt.” Jesus said in Matthew 25:46, “And these shall go away into everlasting punishment: but the righteous into life eternal.” Revelation 14:9-11 says that those who reject the Lord “will be tormented with fire and sulfur in the sight of the holy angels and in the sight of the Lamb [Christ], and the smoke of their torment will go up forever and forever. There is no rest day or night” for them.

Certainly, these passages teach that there is a hell and leave no room for the concept of “the disappearance of sinful souls.”

William Evans in Great Doctrines of the Bible has eloquently written on this subject, saying:

“This is probably the hardest of all the doctrines of Christianity to be received. If we ask the reason why, we receive various answers. Some would tell us that this doctrine is unwelcome to many because they feel themselves guilty, and their conscience tells them that unless they repent and turn to God this awful doom awaits them. Others believe that it is because the thought of future punishment strikes terror to people’s hearts, and therefore this doctrine is repulsive to them. To others again, the thought of future anguish seems utterly incompatible with the fatherly love of God. Yet it is acknowledged to be a remarkable fact that both Jesus and John, who more than anyone else in the New Testament represent the element of love in their lives and teaching, speak most of the future anguish of the wicked…Yet great care must be exercised in the teaching or proclamation of this doctrine. After all, it is not the saying of hard things that pierces the conscience of people; it is the voice of divine love heard amid the thunder…Yet there must be no consciousness of cowardice in proclaiming the doctrine of future retribution, however awful its delineation may be. Fear is a legitimate motive to which we may appeal, and while it may be classed among the lower motives, it is nevertheless true that it is the only motive that will effectively move some people to action.”

One might also argue that logic and justice demand an everlasting hell. If in this life, the intents of the human heart can be so depraved as to exploit, enslave, torture, cast his fellow man into the ovens, capture “the fire of the gods” in a nuclear bomb and drop it on his brother, then logic and simple justice demand his eternal soul be consigned to the same kind of place he sought to make for others. If in this life, men would reject God, the source of all light, love, joy, purpose, compassion, mercy, and every other good and perfect gift, logic and justice demand that they be relegated to a place where their ultimate desire is granted. Thus, this is hell in the fullest sense – separation from God – the absence of God and every blessed gift that comes with him.

Granted, in a wayward and snowflake culture much like what’s seen in the Western nations, the concept of hell is becoming increasingly unpopular. Perhaps the Pope sees it this way too and wishes to present a more appealing message. Although this author isn’t inclined to believe the Pope actually denied the existence of hell, it still doesn’t seem so clear.

However, a return to the proclamation of this doctrine with a broken heart is something that could do wonders in turning people’s feet back to the path of righteousness. We don’t hear much preaching on hell anymore. Someone has rightly said that we would have less hell in our streets if there were more hell coming from the pulpits again.

The Scriptures teach that everyone has sinned and deserves hell. Some perhaps deserve to go there more than others, but all who use their lives in a manner other than for which God created them, will be thrown into the garbage bin of the universe – hell.

But the Bible also teaches that Christ died on the Cross to suffer the punishment for the sins of the world. He endured the hell we’ve merited for our sins so we wouldn’t have to go. His blood was shed to atone and cleanse us from every sin. There is nothing more transforming in life than to realize the lengths to which God has gone to reconcile us to himself in Christ. When an individual comes to Christ for forgiveness, the soul is then fitted for heaven and a new life of obedience to God’s benevolent commands is readily and willingly embraced.

The denial of the existence of hell is a critical mistake. But one doesn’t need to deny it to end up in that terrible place. One needs only to ignore it.