You are here: Home / Christian Action League / The Many Victims of Abortion Expansion 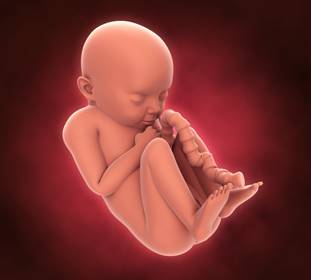 “Kristin had come to our center back in 2014 when she found out she was pregnant and chose to end the pregnancy with an abortion.  She described how she was traumatized by the experience and that it was excruciating and devastating.

As she sits in the nurse’s room at Gateway sharing her experience from nearly 3 years ago, Kristin sobs and cries.  ‘I still cannot get the sound of the suction out of my mind.  I think about it all the time. It doesn’t go away.’”

Under the guise of equity, empowerment, and women’s rights, several North Carolina legislators have sought to expand late-term abortions, with their latest attempt included in a bill entitled The Whole Woman’s Health Act (S.B. 588 and H.B. 563).

A number of state senators and representatives have made it clear that abortions past twenty weeks—the gestational age doctors can presently confirm babies feel pain—should be legal.

The most egregious aspect of S.B. 588, sponsored by Chaudhuri, Van Duyn, and Bryant and H.B. 563, sponsored by Fisher, Cunningham, Meyer, and B. Richardson, both presented this past April, was their lift on the twenty-week abortion ban, virtually eliminating all state abortion restrictions, including late-term D&E procedures.

If you’re unfamiliar with a D&E abortion, it involves dismembering the baby’s appendages and midsection and later crushing his or her skull while using a suction device to remove the brain. The dismembered and crushed baby, referred to as “pregnancy tissue” in this Planned Parenthood description, is then put back together so the abortionist can ensure he or she completed a successful abortion.

Life begins at conception. Not at implantation. Not when the child feels wanted by his or her parents. And not when he or she has been deemed sentient. This is not just a moral truth (although it is that), it is a scientific fact based on basic empirical research.

There are two criteria that must be met in order for us to distinguish one cell type from another, helping us assess whether or not life has begun:

Is this newly formed cell akin to a lung or liver cell, thereby rendering it unable to meet the qualifications of personhood all on its own? No. Once the gametes fused to become a zygote, it took on the unique role of organism, “acting in an interdependent and coordinated manner to ‘carry on the activities of life.’”

To deny that life begins at conception is to disregard the obvious realities evident in the physical world. The human organism that is formed within minutes of the sperm and egg fusing is a human being in its earliest stages. Most abortion advocates know this, so they typically choose to focus their attention on the tired argument, “My body, my choice” (ignoring the fact that there is a separate body—that of the child—that abortion affects).

At the most foundational level, if these pro-abortion legislators cannot recognize the right to life for one of society’s most vulnerable populations—the unborn—they have lost a substantial amount of moral authority by which to speak out on other issues involving human dignity. This is the reason pro-lifers question Planned Parenthood’s supposed concern for poor and minority women.

The near constant denial of the unborn’s right to life by abortion proponents undermines the human dignity of those that are outside of the womb, too.

At its core, abortion exemplifies the appalling belief that people are only worthy of dignity if they are wanted, healthy, or not a burden to others.

For too long women finding themselves in unplanned pregnancies have had these truths withheld from them by those that would prefer they choose abortion in order to line their own wallets.

Legislators Should Enact Laws that Protect, not Destroy

For legislators to work against the fundamental truth that children—at every stage—are worthy of protection is antithetical to the purpose of statecraft, which is to institute policies that protect those within its borders and safeguard their inalienable rights, foremost among them the right to life.

Furthermore, to champion these policies as pro-woman is misguided. Legislation that is truly pro-woman will not be anti-child. This isn’t a zero-sum situation where women and children must vie one another for rights. To truly care about women is to care about their children and creating a false dichotomy wherein only the woman is the victor is poor policy making, at best, and reprehensible, at worst.

The legislators that pushed for expanded abortion policies in the Whole Woman’s Health Act are referred to as “pro-women’s health candidates” by Planned Parenthood Votes, but it’s difficult to see how advocating for late-term, pain-capable abortions is pro-woman.

Thankfully, given the current makeup of the General Assembly (with Republican veto proof majorities in both chambers), the bill’s chances for passage dwindled.

So, why are we addressing this now? Because when the winds of change blow and social conservatives find themselves in the minority, the likes of Planned Parenthood and North Carolina-based Lillian’s List intend to expand abortion to the fullest extent. The North Carolina ACLU has made it clear that they “will continue to build support for the Whole Woman’s Health Act in the years to come.” This is a legitimate concern and we would be wise to treat it as such.

Abortion on demand became the rallying cry for many late 20th century feminists. The equal treatment of women that was championed by earlier feminists, such as Charlotte Lozier and Susan B. Anthony, was betrayed by pro-abortion feminists, determined to free themselves by what they felt were the intolerable confines of motherhood. In 1919 Margaret Sanger said, “Woman must have her freedom–the fundamental freedom of choosing whether or not she shall be a mother…”

A couple of decades later, women and men intent on removing the natural causal effect of sex, which is pregnancy, hitched themselves to the aptly named Sexual Revolution. What we now refer to as the Women’s Rights Movement is the fruit of these earlier ideas that children can (and should) be separate from the act of sex.

The legalization of abortion was a monumental victory for second wave feminists. It took two groups that had historically been viewed as the epitome of mutual affection—mothers and children—and inserted a wedge wherein the advancement of the female must be divorced from the care of the child.

Yet, as we learned in history class, revolutions always have victims and victors and the Sexual Revolution was no exception. The victors were, and are, abortionists, “fetal tissue procurement specialists” employed by Planned Parenthood, sex traffickers, and child abusers.

The victims? Women that have been sold the lie that an unplanned pregnancy will ruin them, and the children who will never see the light of day.

It is important to note that abortion affects different populations within our country disproportionately. Particularly minorities and the poor.

According to the pro-abortion Guttmacher Institute, “Abortion has become increasingly concentrated among poor women, who accounted for 49 percent of patients in 2014” (emphasis mine).

The CDC found that minority women make up 62.5 percent of abortion clients in our state, despite only comprising approximately 38.2 percent of the population. Even on the national level the racial disparity in abortions is striking. 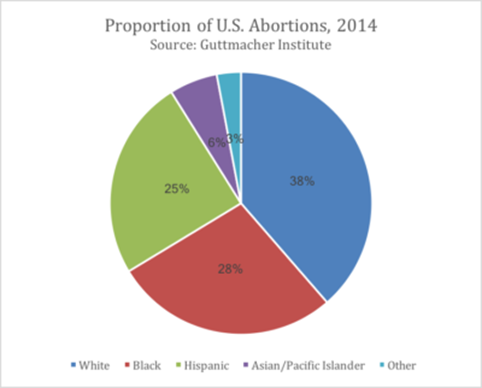 Why do we have this disparity? Even a non-cynical observer could conclude that the abortion industry markets its “services” to both poor and minority women.

North Carolina lawmakers should focus on policies that protect children, rather than crafting bills that make it easier to obtain late-term abortions.

The legislators that sponsored S.B. 588[i] and H.B. 563[ii] need to know that the accolades and recognition they receive from Lillian’s List and Planned Parenthood will come at the expense of electoral support. For far too long politicians and special interest groups on the Left have misused women, and propped up the false narrative that in order for a woman to be successful she needs to have the option to abort her child.

On the other hand, the need for communities to help moms and dads that find themselves in unplanned pregnancies is of paramount importance. There are many women that have experienced the same pain and heartache that Kristin did, and oftentimes this regret could have been prevented if caring support systems were in place.

What can we do to promote a culture of life wherein women and men feel more confident in their decision to bring a child into the world? Even if Roe v. Wade, Planned Parenthood v. Casey, or Whole Woman’s Health v. Hellderstedt, aren’t overturned in our lifetime, we can elevate the idea of family to its rightful place, thereby creating a society wherein women feel empowered and supported to keep their babies.

In a culture that champions abortion rights as liberating for women, pro-lifers are needed more than ever, to help women, like Kristin, who have been hurt by abortion. Thankfully there are those on the front lines, like Wendy Bonano of Gateway, doing precisely that.

Because of the care and compassion the employees at Gateway showed Kristin after her abortion, she is now receiving help and support as she recovers from the pain of her past decision, while also preparing to carry her child that is due next year to term.

Imagine what would happen if we insisted that elected officials focus on ways to help women and children, rather than craft polices that hurt them.

Legislators and everyday citizens have the responsibility to uphold the sanctity of life.  Through our votes and civic action we have the ability—and responsibility—to make sure they do so. North Carolina should be known as a state that elevates and lifts up women and children, setting an example for the rest of the nation to follow.

This article first appeared on the Civitas website. It is posted here by permission.

To visit the website of the Civitas Institute, go here