You are here: Home / Christian Action League / The Law of the Mob Topples Silent Sam 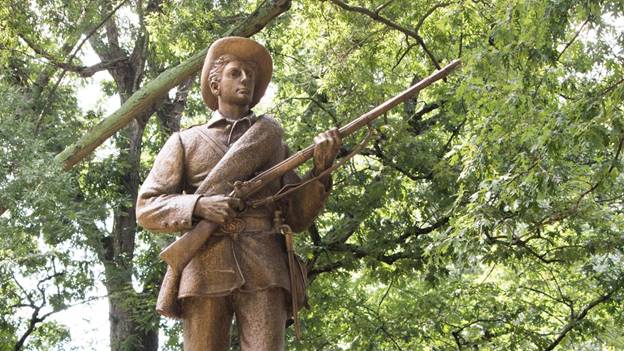 Silent Sam, the controversial statue of a Confederate soldier on the campus of the University of North Carolina at Chapel Hill, was toppled from its pedestal by protestors Monday night (August 20).

The statue, which was funded by University Alumni and the United Daughters of the Confederacy, was erected in 1913 as a memorial to Confederate Alumni, who lost their lives in the War Between the States, commonly called the Civil War.

In the early hours of Tuesday morning, Rev. Mark Creech, executive director of the Christian Action League, posted the following statement on Facebook:

“Whatever your view about Silent Sam’s presence on the campus of UNC, you should be deeply troubled by what happened yesterday. What we witnessed was mob law, premeditated, exercised, and celebrated. Despite claims that pulling down the statue of Silent Sam was a moral act, it was not. It was immoral.

“Timothy Thomas Fortune put it well: ‘Mob law is the most forcible expression of an abnormal public opinion: it shows that society is rotten to the core.’

“What’s deeply disturbing is that the people who did this obviously believe that when the process is not going in the direction they think it should or failing to move as fast as they believe it should, then they have a moral right to take matters into their own hands and force their will on others.

“Diogenes said, ‘The mob is the mother of tyrants.’

“The students who executed this action and the faculty that supported it are despotic. While they see themselves as paragons of racial equality, they are in reality rebels against our democratic process, law and order, and our constitutional form of government. In the truest sense of the word, they are confederates of lawlessness, anarchy, who would enslave us to ochlocracy.

“They should be feared, their actions shunned and judged, as much as any evil they allege was represented in Silent Sam.”