You are here: Home / Christian Action League / The Heart of God, the Father 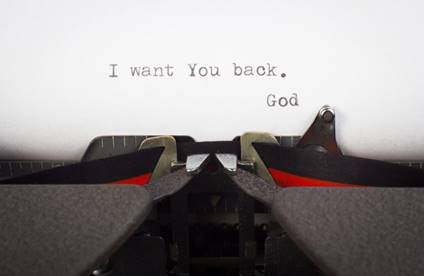 Before Jesus, God was commonly referred to in impersonal ways. He was largely understood by expressions such as the Creator, the Almighty, the King, the Judge, the Lord, and the Most High. Except for a few times in the Old Testament, where there are vague and halting references for God as Father, it is to Jesus whom we owe so much for bringing out this aspect of God’s person.

Jesus showed us that God is personal, like a wise, loving, tender, and watchful father. Jesus always used this form of address when praying. Furthermore, he taught us to pray the same way in the model prayer, saying, “Our Father, who art in heaven,…” (Matthew 6:9).

Interestingly, the word that Jesus used for “Father” was the very intimate Aramaic word, “Abba,” which means Daddy.

Wallace Hamilton writes, “There is no sermon [from Jesus] in which it [the word Father] does not appear. There is no prayer of his in which it is missed. The first record of his speaking is this: ‘Know ye not that I must be about my Father’s business?’ (Luke 2:49). The last word on the Cross was, ‘Father, into thy hands I commend my spirit.’ (Luke 23:46).

Hamilton adds that when Jesus wanted to explain what God is like, when men sin and hurt themselves, he took this word “Father” and wove it into an incomparable, unforgettable story about a Prodigal Son – a story found in Luke 15: 11-32 that is as much about an ever-loving benevolent Daddy as it is about a wayward son.

That story of the Prodigal Son is very meaningful for me because, in some ways, I lived it.

It was several years ago when I got angry with my father over perceived slights that we separated from each other and didn’t speak for a few years.

Then I found myself in unexpected circumstances, I became estranged from my older teenage daughter – sorely estranged – so strained was our relationship that she left home to live somewhere else.

Broken hearted, I fell to my knees one day in prayer and begged God to bring my daughter home. God’s response to my prayer was immediate and the impression on my heart almost audible. God said, “Why should I bring your daughter home to you when you haven’t spoken to your father in years?”

Deeply under conviction for my awful wrong, that same day I got into my car and made the forty-five-minute drive to my old hometown. When I reached the house where I grew up, I could see Daddy working in the backyard. He spied me from afar standing in his driveway and started running towards me. I picked up the pace toward him and we both embraced and just stayed there together for a while weeping.

I asked for his forgiveness and there was a full and blessed reconciliation.

My Dad and I had many good remaining years together before his death in 2012. Nevertheless, what still pains me is the sorrow I caused him with my willful disaffection and disrespect. I had to be a parent first to comprehend such grief. There is no mourning quite so deep. So many parents have gone through it, and the children rarely know the hope their parents have for them. They rarely understand the way a parent earnestly waits – pining away – constantly wishing for the time when their child might come to their senses, and, figuratively speaking, finds the path home again.

There is a sense in which God, the Heavenly Father, in his tender mercies, longs for us in the same manner. God is indeed the Omnipotent Creator, King, and Judge of all the earth. He could simply rule as a Dictator and crush us and be justified in doing so because of our sin and intentional estrangement. But instead, He is like a patient Father, limiting himself, not imposing his will, allowing us to choose for ourselves this way or that way. He knows all about our self-inflicted defilements and impoverishments. Yet he yearns for our cleansing, healing, happiness, and prosperity. And all could be made right, if only we would come home.

Perhaps the most reassuring passage in the entire Bible – the one that shows clearly the heart of God, the Father – is that verse in the story of the Prodigal Son which reads, “And he arose, and came to his father. But when he was yet a great way off, his father saw him, and had compassion, and ran, and fell on his neck, and kissed him.” (Luke 15:20).

Read it again, if you must. Make certain you don’t miss the incredible import of that text. It says that when the father saw the son coming, he ran to him… That’s the heart of God, the Father.

Perhaps you need to come home to God by trusting Christ for the forgiveness of your sins. Our nation certainly needs to come home to the Father – the One in whom all our liberties stand or fall.

Maybe, even as I did, you also need to make something right with a family member.

May you and your family have a Happy Father’s Day!