It was on a Thanksgiving Day a grouchy man was grumbling away as usual. “Can’t you find some reason for which to be thankful?” a neighbor asked.

The neighbor replied, “Have you considered thanking God for turning your nose right side up? He could have put it on you upside down. Then when it rained you would have drowned and when you sneezed you would have blown your thankless head off.”

There are few people as unattractive as an ingrate. There’s always some reason to be thankful in any situation.

The Scriptures admonish, “Be joyful always; pray continually; give thanks in all circumstances, for this is God’s will for you in Christ Jesus” (I Thess. 5:16-18).

The parents of a young soldier killed in action wanted to provide a gift of money to their church in their son’s honor. When the mother of another soldier deployed in a hostile region of the world heard about it, she said to her husband that they should do the same.

“What’s the matter with you?” asked the husband. “Our boy hasn’t died in battle.” “That’s just it,” the mother replied. “Let’s give it because he was spared.”

Thankfulness isn’t just something we express when we say grace at the dinner table. It’s a way of life. It’s the recognition of God’s benevolent hand in every circumstance, good and bad.

Nothing reveals more the state of our own hearts before God than the measure of our gratitude.

It’s sad most people hardly ever give God a thought. They go through the day without ever seeing him as a part of the equation. An unthankful person is an unthinking person, taking for granted that every blessing of life comes from God.

Even adversity can be a blessing from God because it reminds us of our utter dependence on Him.

One of my favorite movies is Universal Pictures 1965, “Shenandoah,” starring the great Jimmy Stewart as Charlie Anderson, a Virginia farmer.

Charlie is a widower who in an opening scene gathers his family around the supper table and leads them in saying grace over the food. But it’s what he expresses in his prayer that reveals that he’s a proud and self-reliant man – one that hasn’t considered much about the way God factors into life.

Charlie prays: “Lord, we cleared this land. We plowed it. We sowed it and harvested it. We cooked the harvest. We wouldn’t be here, we wouldn’t be eatn’ it if we hadn’t done it all ourselves. We worked dog-bone hard for every crumb and morsel, but we thank you just the same anyway, Lord, for the food we’re about to eat. Amen.”

The movie is set in the context of the Civil War. Charlie is determined to keep his family out of that conflict. Nevertheless, he can’t avoid it.

Throughout the course of the film, the Anderson family suffers one tragedy after another. Charlie’s son-in-law is called upon to serve the Confederate forces. His youngest son is mistaken for a Confederate soldier and taken away by Union troops, an event that prompts a long and arduous unsuccessful search to reclaim the boy. Another son and his wife are murdered by marauders. A third beloved son is shot by a nervous sentry.

Near the end of the movie, Charlie is once again around the supper table with his family, but this time with four empty seats. He starts to offer the same prayer everyone is accustomed to hearing, except now there is a quiver in his voice. Charlie is a broken man as he realizes that he isn’t in control and not the master of his own fate. 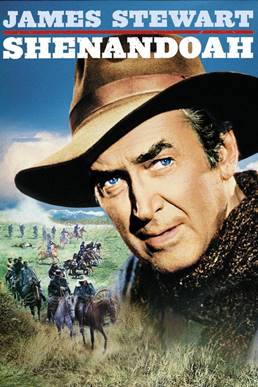 The feature ends with Charlie wanting to know why no one has told him it’s Sunday. He and the family get ready for church and arrive as the singing of the first hymn has started. Just as it’s completed and the pastor is about to announce the second, Charlie’s lost son, ragged, dirty and tired, unexpectedly returns and walks into the sanctuary to be reunited with his family. Charlie’s face brightens with gladness and everyone sings jubilantly together.

The conclusion of the film implies that there’s much about life and its sufferings that we can’t understand. We definitely can’t manage it on our own. We should recognize God because no matter what’s happening He is Supreme. We really are helpless without Him. God is caring, gracious, ever-present, and always worthy of our worship and thanksgiving.

We live in perilous times. We never know what’s on the horizon. America has many troubles inside and outside its’s borders today. We may even be facing harder times, especially since we seem so unwilling to acknowledge God’s sovereignty. One thing is for certain, however. We cannot face the future without a calm and confident commitment to Jesus Christ.

“Be joyful always; pray continually; give thanks in all circumstances, for this is God’s will for you in Christ Jesus” (I Thess. 5:16-18).