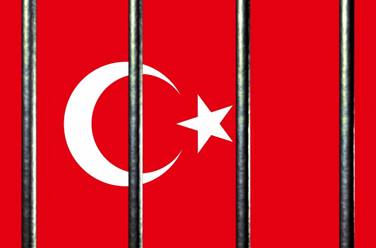 It isn’t every day that the North Carolina House records a unanimous vote. It’s even more rare that the legislative body requests action from a foreign government. On Wednesday evening, Tar Heel representatives did both via Resolution 1094, urging the release of Pastor Andrew Brunson from a Turkish prison.

A U.S. citizen from Black Mountain, N.C., who has served as a missionary and pastor in Izmir, Turkey since 1993, Brunson was detained and then arrested following that nation’s imposition of a state of emergency after a coup attempt in July 2016. By the time of his next hearing, set for July 18, he will have spent 649 days away from his wife and children in what Rep. Larry Pittman (R-Cabarrus) described as a “horrendous situation.”

“Andrew has lost about 50 pounds. He hardly ever gets anything to eat, and his wife, Norine, has only seen him a handful of times since Oct. 2016,” Pittman told the House. He said Brunson is a member of his Presbytery and is “well-known for his deep love of God and other people, his generosity, his compassion, humility and commitment to the cause of Christ.”

“I can tell you for sure in his 25 years of ministry in Turkey, what he has been doing is sharing the love of Christ with those people. That is all he ever intended to do,” Pittman said. “I guarantee you he is not guilty of the charges against him.”

Rep. Bert Jones (R-Rockingham) said Brunson reported to the police for what he thought was a routine meeting about his visa renewal only to be taken into custody and denied his right to an attorney. Jones said the indictment released later, based on secret evidence and hearsay, falsely accuses Brunson of membership in an armed terror organization. If convicted, the 50-year-old pastor faces 35 years in prison.

Jones said Brunson’s case should remind everyone of the persecution of Christians around the world. He said in the 20th century alone, there has been more martyrdom of Christians in the world than there were the previous 19 centuries combined.

Rep. Craig Horn (R-Union) gave personal testimony about Turkish jails, having spent a few hours in one while serving in the U.S. military in 1967.

He said he was driving from one village to another and had stopped to help a man change a tire when a Turkish civilian driving a stolen U.S. vehicle crashed into them.

“The young man changing the tire was killed, and I was hauled off to jail,” Horn said. “I can’t explain the conditions. I can’t forget the smell, let alone the sounds and sights.”

He said it was only a couple of hours before the U.S. military retrieved him, but he spent a year going to Turkish court and was eventually judged “20 percent at fault” for the accident.

“Why? Because I was there. If I hadn’t been there, then he couldn’t have hit me,” Horn continued. “The point of the story is that it is a really different world over there.”

The U.S. government is attempting to intervene in Brunson’s case. The United States Commission on International Freedom (USCIRF) has “strongly condemned” the indictment against Brunson. And the State Department says there is “no credible evidence” to justly convict him of a crime.

According to the resolution passed Wednesday, 66 members of the U.S. Senate and 154 members of the U.S. House have signed letters to the president of Turkey asking for Brunson’s release. The U.S. has appealed to Turkey’s membership in the North Atlantic Treaty Organization, and late last month, U.S. Senator Thom Tillis helped secured a provision in the 2019 National Defense Authorization Act that would prohibit Turkey from receiving any F-35 aircraft from the United States while it continues to mistreat U.S. citizens and Turkish residents.

“Senator Tillis has been passionate about this issue. He became interested in anything related to Turkey back when a number of us went to Turkey with him several years ago. The Turkey we experienced and the Turkey of today are two different things,” Rep. Chuck McGrady (R-Henderson) told the House as he introduced the resolution.

Jones said Tillis attended Brunson’s last hearing, spending about 12 hours in the courtroom and hearing the trumped up charges. Tillis has said that the only thing Brunson is “guilty of” is “being a Christian and trying to bring a Christian message to those who want to hear it.”

Various watchdog groups agree and believe the pastor is being used as a pawn in a game of “hostage diplomacy.”

The Rev. Mark Creech, executive director of the Christian Action League, commended the House for passing the resolution, and urged Christians across the state to keep praying. He provided a handout to lawmakers to help promote passage of the resolution.

The CAL has kept close tabs on the case and has had weekly contact with Sen. Tillis’ office. The Rev. Creech continues to look for avenues to pressure the Turkish government to release Brunson. On Wednesday, he gathered information from the Department of Commerce showing that North Carolina exported $195 million in commodities to Turkey last year and imported $443 million from Turkey.

To read the Resolution the NC House passed on Wednesday, click here.

Rev. Creech said that it’s not clear what the Senate will do on the matter. The Senate Rules do not allow for resolutions this year. “I would really like to see them suspend the rules for this one instance. I think it would make for a more united voice from North Carolina, if that happened, and the Senate approved a resolution too. If they don’t do that, I do believe they’ll have a formal statement that Senate members can sign onto.”