You are here: Home / Archives for Wendell Wilkie 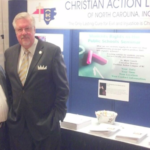 By Dr. Mark Creech Christian Action League January 13, 2021 Harry Lloyd Hopkins was one of President Franklin Delano Roosevelt’s closest advisors. Hopkins wore several hats in service to his country, but he is best known for dealing with most anything which concerned the President. One day Wendell Wilkie, who was the Republican nominee and […]