You are here: Home / Archives for Obergefell v Hodges 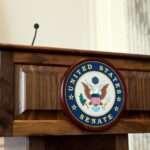 By Peyton Majors Christian Action League September 30, 2022 Supporters of a Senate bill that would codify same-sex marriage in federal law have postponed a vote until after the November elections with the goal of garnering enough Republican votes to secure its passage. The bill, dubbed the Respect for Marriage Act (H.R. 8404), would define […]