You are here: Home / Archives for Dr. Michael Brown 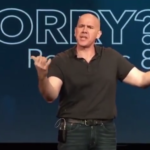 CAL Director Urges All Pastors to Take-up The Issue and Lead Their Congregations in Prayer By Hunter Hines Christian Action League March 3, 2021 “It both excites and encourages my heart whenever I see a pastor boldly speak to the issues of our day. There are too many cravenly silent pulpits when a ‘Thus saith […] 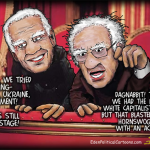 By Dave Eden, Eden Political Cartoons “As Tucker Carlson noted, ‘The Democrats have been talking about impeachment since the very day that President Trump was inaugurated.’ Trump must be ousted! And, as I pointed out months ago, had Trump been a liberal politician, the left would be celebrating his success and his feistiness. Not only so, but some of the opposition […] 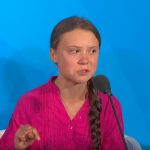 Christian Action League Staff Christian Action League October 25, 2019 Greta Thunberg is the teenage Swedish environmentalist who chided world leaders at the United Nations for not doing enough to halt climate change. Thunberg’s speech was blunt, straightforward, and captured international attention. She said: “This is all wrong. I shouldn’t be up here. I should […]