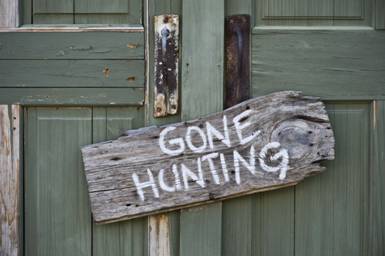 Less than two years after lawmakers overturned North Carolina’s 145-year ban on Sunday hunting, proponents are now pushing to expand the time they can hunt on the Lord’s Day to include traditional worship hours.

“I always knew that the proponents of repealing the ban on Sunday hunting wouldn’t be satisfied. It surely didn’t take them long to push for more,” said the Rev. Mark Creech, executive director of the Christian Action League.

Currently, hunting with firearms on Sundays is limited to private property in counties with 700,000 people or fewer. Furthermore, the use of firearms to hunt on Sundays between 9:30 a.m. and 12:30 p.m. is prohibited except on hunting preserves. House Bill 559 would allow hunting of wild animals and upland game birds in all counties at any time but would leave in place a no-hunting zone around places of worship.

Dr. Creech said he was thankful that sponsors of the measure, which passed the House 102-17 on Tuesday, left in place the provision prohibiting hunting within 500 yards of a church.

“The bill sponsors were sensitive to our concerns about this matter, and they honored these concerns,” he said. “Nevertheless, even to the chagrin of some of our Christian friends, I still say this issue is indicative of a spiritual problem.”

“Culturally, we have lost amidst a deluge of amusements, unnecessary work and the pursuit of money, the sacred meaning and purpose of ‘The Lord’s Day,’” Dr. Creech lamented. “We have essentially lost its incredible role in building and sustaining a righteous culture. We have traded our blessed birthright, so to speak, for a mess of pottage, and the current generation has no idea what’s lost, nor even that they ever desperately needed a Sabbath.”

The Christian Action League lobbied against Sunday hunting each time bills were introduced, pointing out that it not only weakened the value of “The Lord’s Day” to the culture, but that it also posed a threat to the serenity and safety that rural church bodies have enjoyed on Sundays and that it would likely put a strain on state resources charged with enforcing regulations.

Read Dr. Creech’s May 2015 Raleigh News and Observer Editorial: How Sunday hunting would weaken value of ‘the Lord’s Day’

The new bill awaiting action in the Senate would call for the Wildlife Resources Commission to perform a study examining biological and resource management impacts, economic impacts and social impacts associated with Sunday hunting. The findings are due back to the Legislature by March 1, 2018.

Dr. Creech said he doesn’t need to wait for a study to know Sunday hunting is not a good idea.

“God never repealed the Fourth Commandment. And if our churches ever experience a great revival and a spiritual awakening sweeps our land, I am thoroughly convinced it will involve a renewed commitment to the principal of observing the Christian Sabbath,” he said. “We can say this is a minor issue, but “The Lord’s Day” is one of the indispensable ropes that keeps our ship tied safely to its moorings. Without it, we drift.”