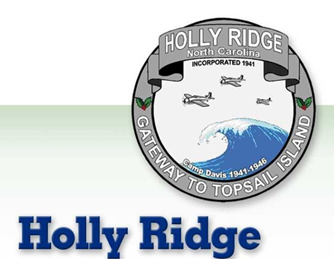 According to the Jacksonville Daily News (JDN), no one stood in opposition or support of the measure. Councilwoman Carolyn Stanley made the motion to approve the initiative, but it died for lack of a second.

WWAY reports that Mayor Anita Dingler said that the measure did not make it for a vote, but if it had it would have failed by a vote of 4 to 1.

“The ‘Brunch Bill’…did not pass at the September Town Council Meeting. The motion was made to make the change…but there was no second of the motion, so the motion did not carry. Members of the Holly Ridge Town Council each voted the way he felt best represented what was best for the citizens of Holly Ridge and for the town.”

In June, the North Carolina General Assembly passed SB 155-ABC Omnibus Legislation, which the media dubbed as the “Brunch Bill.” Gov. Roy Cooper signed the bill within three days. The legislation loosened controls on the time when bars, restaurants, and retail outlets could begin alcohol sales on Sundays. It rolls back the time from 12:00 noon to 10:00 a.m., provided that Town and City Councils or County Commissioners approve an ordinance to that effect.

Dr. Mark Creech, executive director of the Christian Action League, sent an email to Mayor Dingler and members of the Holly Ridge Town Council before their meeting on Tuesday.  Dr. Creech said he couldn’t say that his email had any influence, but he hoped it did.

“Whenever I learn that a city, town, or county is considering a Sunday Brunch proposal, I try to make contact with local governing officials to put the facts in front of them,” said Dr. Creech. “I am thoroughly convinced that when public officials carefully weigh all the facts concerning a Sunday Brunch Ordinance, if they will commit to objectivity, if they genuinely believe issues involving public health and safety should trump the pursuit of profit, if they believe religion serves an indispensable role in society, they will reject a Sunday Brunch Ordinance proposal.”

Dr. Creech’s email to Mayor Dingler and members of the Holly Ridge Town Council emphasized two ways Holly Ridge would be negatively impacted by a Sunday Brunch Ordinance: (1) increasing alcohol related harms for the community and the state, and (2) curtailing the positive impact of religious influence.

Dr. Creech also included a link to one of the documents from the No Sunday Brunch Ordinance Tool Kit, which provides abundant research substantiating these two assertions.

The Christian Action League urges concerned Citizen Christians across the Tar Heel State to access these resources and not allow a Sunday Brunch proposal to be considered without resistance.

“The teachings of Scripture say that I am my brother’s keeper. I’m to seek his best interest. Brotherly love requires that I warn him, whether he is in danger by his own doing or that of another. I am derelict in my duty both to God and my brother if I say or do nothing in such circumstances,” said Dr. Creech.