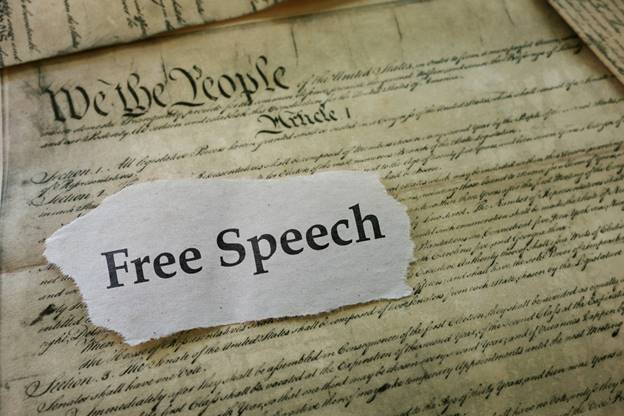 A free speech case involving street preaching that was expected to go before Lincoln County District Court on Monday has been postponed until Sept. 17.

Jeffrey Dean Shook was the first person arrested under a revised Lincolnton city ordinance that now prohibits “any person or group of persons willfully making any loud, raucous, or disturbing sound that – because of its volume, duration, and character – annoys, disturbs, frightens, injures, or endangers the comfort, health, peace, or safety of reasonable persons of ordinary sensibilities.”

According to Barbara J. Weller, an attorney for the National Center for Life and Liberty, twin brothers Jeffery and Jeremy Shook regularly exercise their free speech rights in Lincolnton and were doing so this summer when the city’s police department began issuing citations based on the ordinance, which had been expanded late last year.

The Lincoln Herald reported that street preachers had been attending public events over the past few years, including the Apple Festival in 2016 and several Alive After Five concerts. In response to complaints about the preachers, the Lincolnton City Council voted in December to tweak its 1997 ordinance to make creating a disturbance at events a misdemeanor. Council members insisted that it was not the content of the speech they were concerned about, but the volume.

However, Weller said the legislation was understood by some residents to be a means of trying to shut down street preachers in that community. Rev. Ron Baity, president of Return America, agrees.

“Lincolnton has imposed a senseless noise ordinance for the purpose of stopping preachers from preaching on the sidewalks and closed streets,” Baity wrote in an email alert this week. “We know this to be true because music was being played before the public that was much louder than the voice of the preacher.”

Baity has asked pastors and churches to continue to pray that freedom of speech is upheld in this case and other similar suits.

“If this preacher loses his right of free speech it only becomes a matter of time before the authorities find a reason to silence our pulpits in our assemblies,” Baity wrote to his ministry’s supporters.

Return America is helping with the legal fees to defend Shook.

The Rev. Mark Creech, executive director of the Christian Action League, said street preaching is a biblical means of Christian ministry. He said just like anywhere else, there are those who preach sound doctrine in the streets and others who misrepresent Christ.

“Bottom line, there is legitimate reason to be concerned about the way Lincolnton’s new noise ordinance could suppress public religious expression,” Creech said. “We will continue to pray that free speech is upheld.”