You are here: Home / 1st Amendment / Stop the Enemies of Free Speech in North Carolina 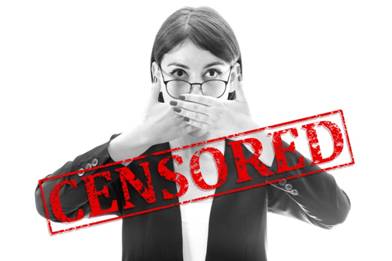 HB 527 has been dubbed as a bill to “Restore and Preserve Campus Free Speech,” and it is difficult to understand how anyone could possibly be opposed, regardless of his political persuasion. (For more details on HB 527, click here).

The need for HB 527 is clear given that only one UNC campus, UNC-Chapel Hill, has been rated by the non-partisan Foundation for Individual Rights in Education (FIRE) as a green-light school. Green light schools are those universities with no policies that violate the First Amendment. Every university in America should be a green light university. Regrettably, there are less than two-dozen in the entire nation.

An astounding 11 campuses in the UNC system have been designated by FIRE as yellow light schools. Schools ranked as yellow light have at least one policy that is sufficiently vague that it could be used to quash First Amendment protected speech. The remaining four UNC campuses were designated as red light, which means they have at least one policy that clearly and substantially impairs free speech.

Individual cases of free speech violations are not difficult to find in the UNC system. Just last year, North Carolina State University in Raleigh, which has a yellow light ranking, was forced to overhaul some of its policies after being successfully sued by a student organization named Grace Christian Life. In that case, the plaintiffs decided to sue after group members were informed that they needed a permit to talk about religion with students while handing out flyers on campus.

In addition to the clear substantive problem with the permit policy, the evidence showed that it was being applied to Grace Christian Life but not to secular organizations. This is in stark violation of the obligation of the university to remain viewpoint neutral in its treatment of student groups. (In my view, the Unites States Constitution is the only permit students need to show to these petty government officials before they decide to speak on a public university campus).

In the absence of guiding legislation, N.C. State was forced to settle the case in July of 2016. As a result, they were forced to pay the plaintiff’s legal fees. They were also forced to discontinue the school’s permit policy for non-commercial solicitation on campus. This case alone demonstrated the lack of competence in the UNC Office of General Counsel, which insists on defending patently unconstitutional policies at taxpayer expense.

HB 527 directs the UNC Board of Governors to adopt a campus-wide policy stating that, “The primary function of each constituent institution is the discovery, improvement, transmission, and dissemination of knowledge by the means of research, teaching, discussion, and debate.” The bill also stipulates the following:

      Universities should not shield individuals from speech, including ideas and opinions that are unwelcome, disagreeable, or even deeply offensive.

      Students and faculty should have the freedom to assemble spontaneously as long as the activity is lawful and doesn’t disrupt normal university functions.

      On-campus protests are welcome so long as demonstrations are lawful and orderly. Any protests that “infringe upon the rights of others to engage in or listen to expressive activity shall not be permitted and shall be subject to sanction.”

      Campuses are open to any speaker that students, student groups, or members of the faculty have invited.

      Disciplinary sanctions apply to anyone who, under university jurisdiction, interferes with the free expression of others.

      Campuses should strive to remain neutral on the public policy controversies of the day.

Who could possibly object to any of these basic principles of free expression? It is evident to me that members who might vote against the bill would do so at the behest of UNC’s ideologically driven legal counsel. Listening to some of the audio of when the bill was being considered in the state House, it seems readily apparent to me that some members have not read the bill and are relying on the advice of bad lawyers.

Over the years, I have provided numerous examples of why we need such legislation. Opponents of this legislation should be required to explain the downside of reining in a system that consistently fails to make passing grades on an issue as fundamental as freedom of speech. If they cannot provide credible examples of how this legislation would hurt the universities then they need to vote for this legislation.

The fundamental law of the land is the United States Constitution, not the university handbook. We need legislation to teach our educators that basic principle, which every teenager should grasp before enrolling in college.

This article is an updated version of a previous editorial written by Mike Adams that first appeared on Townhall.com. You can read it here. The revision is posted with Adam’s permission.

After passing by a vote of 88-32 on the floor of the state House, HB 527 is now in the state Senate. It currently resides in the Senate Rules Committee.

If you don’t know who represents you in the state Senate, click here to find out.