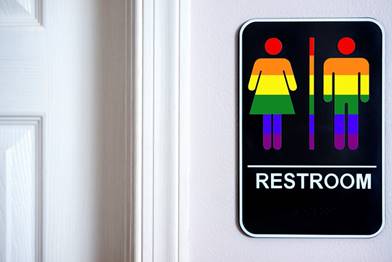 I’ll make this brief.  I have the sad duty of reporting to you that HB 2, the bathroom bill, has fallen. The NC Senate repealed the measure today by a vote of 32-16. The NC House followed with their repeal by a margin of 70-48. Governor Roy Cooper signed the repeal measure this afternoon.

I’ll write more about this later.

To be fair, the leadership asserts that the measure which replaces HB 2 does the following:

But I think Lieutenant Gov. Dan Forest expressed best what was lost today in a statement he released before the repeal took place. Forest said:

“If HB2 was right to begin with, which I believe it was, then why are we repealing it? If it is wrong, then why wait four years to fix it? Such ambiguity undercuts the legitimacy of a law that we have fought so hard to defend. We are yielding the moral high ground and giving in to a new form of corporate extortion from an unaccountable, out of state, non-elected, tax-exempt organization (NCAA) and for what?… a ballgame? Why are we allowing them to dictate to us, laws that govern the protection of our people? We should have the backbone to tell them to take a hike.”

I told the Raleigh News and Observer:

“This is a very sad day. The people who support the Christian Action League have always been zealous in their support of HB 2. I think there is going to be a lot of disappointment, pain, and even anger about it [the repeal]. I cannot say it any clearer; I think the NCAA should stick to basketball and other sports that they represent. What they did on this was nothing less than extortion. And I’m sorry that this body didn’t stand up to that. You know, I don’t know what’s in the future. I really don’t. I think that those who voted for this today thought that it would provide a reset. I’m not convinced that it’s going to provide the reset that they want. I think this issue will continue. And I have to wonder whether or not this particular so-called compromise will succeed.”

This is, I believe, at least for the moment, is only a partial defeat. And let’s not forget some defeats are only installments to larger and broader victories. We might be tempted to despair, but we shouldn’t. God still remains sovereign. He is still on his throne, and his purposes can never be overthrown.

Furthermore, we should be careful to keep our emotions in check. William Ross once noted that Robert E. Lee was one of the greatest men in American history. He was a stupendous general, but his real greatness was shown in defeat. He accepted it without fear, hate, or rancor.