You are here: Home / Christian Action League / State Budget Has Appropriations That Will Please Social Conservatives 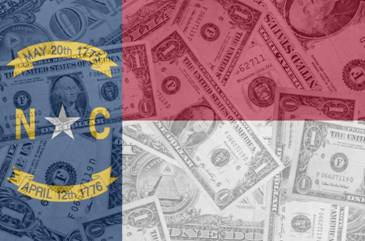 RALEIGH – This week North Carolina lawmakers approved a $23 billion state budget. In addition to increasing the state’s zero-tax bracket, raising teacher pay, providing disaster relief funds and raising education spending by $700 million, there are a number of appropriations that will please social conservatives.

Dr. Mark Creech, executive director of the Christian Action League said, “The budget reflects the influence of lawmakers in the General Assembly who are pro-life and believe in better choices in education for our children. I’m also glad to see they rolled the ‘raise the age’ initiative into the bill, addressed human trafficking, and left off any increases for that failed government policy we erroneously call an ‘Education Lottery.’”

This is the way it breaks down:

The budget increases spending for the next two years for crisis pregnancy centers from $300,000 to $1.3 million. Various grants of upwards to $1 million were allocated to the Carolina Pregnancy Care Fellowship for “durable medical equipment.” The equipment includes ultrasound machines, along with training clinics for properly using them.

A Texas-based pro-life network, the Human Coalition, with affiliates in the Tar Heel state, was allocated $300,000 to develop and implement a two-year pilot program to assist women with crisis pregnancies. The program is to help them carry their pregnancies to full term.

An additional appropriation of $400,000 was allocated for the Carolina Pregnancy Care Fellowship.

A total of $100,000 was also appropriated for the Coastal Pregnancy Center located in Beaufort County.

The North Carolina Opportunity Scholarships Act was passed by the General Assembly in 2013 to help students from low-income and working class families attend a private school, even a Christian school, by providing state-funded tuition scholarships up to $4200 annually per student.  The Children with Disabilities Scholarship funds which became available in 2014 reimburses families for approved educational expenses for special needs children. The expenses include private school tuition, tutoring, and other therapeutic services.

Language in the budget requires the National Human Trafficking Resource Hotline number to be displayed at adult entertainment venues, alcohol outlets, hospitals, and highway rest stops and other places where victims of human trafficking often frequent. The number is 1-888-373-7888.

‘Raise the Age’ of Juvenile Jurisdiction

“Raising the age” of juvenile jurisdiction was also rolled into the budget. This legislation will bring North Carolina into line with the rest of the country in its treatment of juveniles in the court system. North Carolina is the only state that prosecutes defendants as young as 16 and 17, who are accused of low-level and non-violent crimes, as adults. This saddles them with a record for the remainder of their lives. The Christian Action League was a strong advocate for the measure.

For an earlier story on this measure read: NC House Overwhelmingly Votes to ‘Raise the Age’ to Keep 16 and 17-Year-Olds Out of Adult Court, Lead Sponsor Hails Christian Action League Support on the House Floor

No Increase in Lottery Advertising

The Senate proposed doubling advertising for the North Carolina Education Lottery in its budget proposal, but the final proposal agreed upon by both the House and Senate included no increase in lottery advertising. Dr. Creech said the lottery is a grossly dishonest government policy that makes losers of the state’s citizens. Increasing lottery advertising seeks to recruit a person who hasn’t gambled to maintain or expand on something that has clearly failed.

Social conservatives have much to be thankful for in the budget that passed this week.