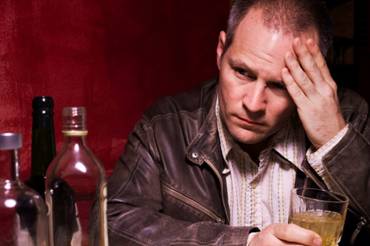 As it has for the past three decades, the National Council on Alcoholism and Drug Dependence is sponsoring Alcohol Awareness Month in April to increase public awareness and encourage communities to focus on alcoholism and related issues. But some North Carolina leaders seem to want to focus only on alcohol sales at the expense of public safety.

“The insensitivity of the governor’s action is palpable. It demonstrates thoughtlessness for the people who have alcohol issues in their lives and a gross lack of understanding for alcohol-related problems,” said the Rev. Mark Creech, executive director of the Christian Action League of North Carolina.

“Beer is the alcoholic beverage of choice for the masses, preferred considerably more than wine or liquor. If the governor wanted to declare an NC Beer Month he should have chosen a different one than April. But to do so on the very month groups like the NCADD are trying to get the public to focus on the dangers inherit to alcohol use and abuse, alcoholism and recovery, is the act of a consummate politician but certainly not a statesman.”

One of those dangers, underage drinking, is referenced on Governor Cooper’s website announcement about Alcohol Awareness Month. Research shows that 94 percent of North Carolina students believe underage drinking is a problem, according to the site, and eight in 10 middle schoolers think hearing more from their parents about alcohol use would help.

Creech said sadly what these children are hearing from adults such as Cooper is how great it is that North Carolina has craft breweries.

“North Carolina’s growing craft beer industry is a growing economic engine for our state,” Cooper told The Herald-Sun during a visit to Durham exactly a week after his Alcohol Awareness announcement. “Breweries help cities big and small by creating jobs and bringing visitors and locals together.”

Like the governor, other state leaders are also pushing for more and more alcohol sales even as excessive alcohol use costs North Carolina an estimated $7 billion per year, according to the Centers for Disease Control and Prevention.

On April 5, the Legislature’s Transportation Oversight Committee gave its approval to a draft bill that would allow beer and wine to be sold on ferries in the state. Sen. Warren Daniel, R-Burke, was the only lawmaker on the committee to vote against the bill because he didn’t support the sales and saw no reason for the Department of Transportation to get into the alcohol business.

Creech commended Daniel’s courage for speaking out against the measure. The change in the law would primarily target the new passenger-only ferry to be used for the 70-minute trip between the Hatteras ferry landing and the harbor at Silver Lake in Ocracoke Village, but would apply to other North Carolina ferries as well. 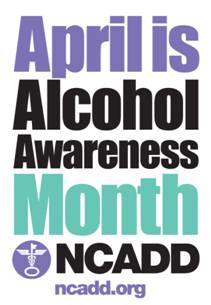 But Creech said legislators need to look beyond sales receipts to the true human cost of alcohol abuse.

“It seems to me that lawmakers have lost all caution with regard to alcohol and the mayhem it can create. The more accessible we make it, the easier it is to get, the more our alcohol-related problems are exacerbated. Often legislators chase the money and forget public health and safety,” said the Rev. Creech.

“I think this initiative involves a serious law enforcement question. When you have an individual or individuals on the water who have drunk too much and pose a danger to themselves or others on a ferry, where law enforcement cannot respond swiftly, what do you do?” he asked.

“It means everyone on that ferry is trapped with them. It’s not like the police will quickly pull up. Are we now also putting security on our ferries? Because at some point those boats are going to need it if you start selling beer and wine on them.”