You are here: Home / Christian Action League / Senate Budget Proposal Has a Fly in the Ointment, It Doubles Lottery Advertising 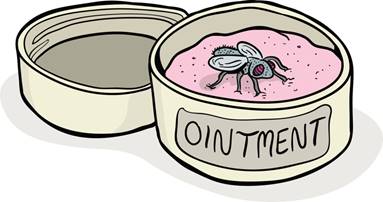 RALEIGH – Thursday, the State Senate approved a $22.9 billion budget proposal that increases spending by 2.5% over last year. The increase is meant to provide more for public education, $150 million for disaster relief assistance to the victims of Hurricane Matthew, add $363 million to the state’s rainy day fund, as well as provide nearly $1 billion in tax relief.

Republicans say that their approach to managing North Carolina’s fiscal landscape in recent years has proven to be a remarkable success, resulting in consecutive years of budget surpluses. This year’s surplus was as much as $580 million.

Dr. Mark Creech, executive director of the Christian Action League, said the Senate’s proposed budget is a testimony to the Republicans superior understanding of how an economy is supposed to function. “But there’s a fly in the ointment, and it’s that damnable so-called Education Lottery. This year they want to double lottery advertising.”

Currently, the NC Education Lottery is allowed to spend 1% of its total annual revenues for advertising. If the provision to increase lottery advertising wins approval by the General Assembly, then it would increase to 2%. Based on figures from last year in which $23 million was spent, this year’s total could be as much as $46 million.

John Rustin, president of the North Carolina Family Policy Council, lamented the proposal, saying, “The lottery already spends tens of millions annually to entice North Carolinians to throw away their hard-earned dollars on a government-sponsored ‘get rich quick scheme.’ State sponsored gambling causes a whole host of problems for our state’s citizens, and our state lawmakers should do what is best for North Carolina families and children by rejecting these efforts to expand lottery advertising.”

Stop Predatory Gambling (SPG), is a non-profit based in Washington, D.C., that uses “education and advocacy” to free people from the dishonesty, exploitations and lower standard of living that commercialized gambling spreads. The organization links on its website findings that state lotteries make 80% of their profits from 10% of its users. “Lottery games are designed to override people’s common sense,” argues SPG, “especially people who don’t believe they have control over their lives”. Furthermore, “Lotteries are exempt from truth-in-advertising laws.”

Research conclusively demonstrates that lottery revenues come mostly from Social Security, unemployment and other forms of government assistance. It’s essentially the government, paying government with other monies being siphoned off gambling interests. The lottery misleads and never fulfills its promises.

“For the life of me, I can’t understand why our Republican friends in the Senate who have proven to be remarkably brilliant in their stewardship of our state’s economy would want to throw more money at a failed government policy,” said Dr. Creech. “It’s beyond foolish and morally wrong too.”

The late and renowned pastor of Coral Ridge Presbyterian Church in Fort Lauderdale, Florida, Dr. D. James Kennedy, once described gambling in any form as a violation of the Tenth Commandment of God, “Thou shalt not covet.” Kennedy said, “gambling is institutionalized covetousness.”

“The persistent appeal to covetousness is fundamentally opposed to the unselfish, which was taught by Jesus Christ and by the New Testament as a whole. The attempt (inseparable from gambling) to make a profit out of the inevitable loss and possible suffering of others is the antithesis of that love of one’s neighbor on which our Lord insisted…Greed, materialism and the love of money all come alive in a gambling venue,” adds Rogers.

The effort to increase lottery advertising is nothing new in North Carolina. According to various statewide media reports, either the state House or Senate has sought lottery advertising increases since 2014. Lawmakers just haven’t been able to agree on the details about the way revenues should be dispersed.

The Senate’s version of the budget with the provision for doubling lottery ads has now been sent to the House for consideration.