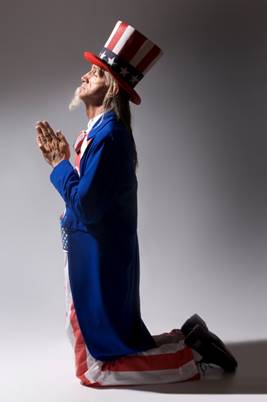 Four years ago the American Civil Liberties Union (ACLU) sued Rowan County’s prayer policy at County meetings in Lund v. Rowan County. The policy permits each county commissioner, on a rotating basis, to offer a prayer or moment of silence as an invocation. Each commissioner decides for himself the content of his prayer as well as the decision of whether to have a moment of silence. No one is coerced into participation.

In May of 2015, U.S. District Judge James Beaty said Rowan County’s prayer policy was unconstitutional because the method of elected officials praying sectarian prayers (prayers that reference Christianity or prayed in Jesus’ name) failed to be nondiscriminatory.

Rowan County appealed to the Fourth Circuit Court of Appeals and in September of last year, a three-judge panel overturned Judge Beaty’s ruling, declaring the County’s prayer practice was constitutional and in keeping with the U.S. Supreme Court’s ruling in Town of Greece v. Galloway. In the U.S. Supreme Court’s landmark decision made in Town of Greece, the High Court affirmed that Americans were free to deliver uncensored prayers at public meetings.

The ACLU then appealed to the full Fourth Circuit Court of Appeals (15 members), which in July of this year reverted back to upholding the lower court’s decision.

“At question in the Lund v. Rowan County case is something crucial,” said Dr. Mark Creech, executive director of the Christian Action League. “The issue is whether or not the Supreme Court actually meant that every American is free to deliver uncensored prayers at public meetings. More specifically, are public officials at liberty to pray freely just like anyone else or do they, because they are public officials, have to check their religion at the door? In other words, if you serve in a public office, do you have to throw out your own faith when praying at a public meeting and embrace the generic God of the state?”

Media reports say the specially called meeting was standing room only. Most of the persons present were in support of the County Commissioners’ decision to appeal to the U.S. Supreme Court.

“Thank God we’ve got commissioners who still believe in Christian values,” said one resident according to WCNC News.

According to the Charlotte Observer, Commissioner Craig Pierce said the case was a very important one because, “This is not just going to affect Rowan County, it’s going to affect every meeting that’s held in the United States that involves government officials.”

The ACLU responded to the decision in a statement, saying:

“The bottom line is that local government meetings should be welcoming to all community members, regardless of their religious beliefs. The issues, in this case, have already been thoroughly reviewed by two federal courts, which agreed that Rowan County’s former practice was unconstitutional. We believe those rulings should be the final word in this case, but no matter what, we continue defending the rights of our clients and all Rowan County residents to be free from religious coercion by government officials.”

Dr. Creech further said that the invocation offered at the county meetings in Rowan County was not an “establishment of religion” as has been historically handed down.

“Because a public official offers a prayer within the context of his own faith in a government setting doesn’t mean the government endorses that faith or that people are required or coerced to pay it homage. To sue to that end is not only ridiculous but when the courts rule this way they are actually violating what our nation’s Founders were trying to prevent in the First Amendment, which was forbidding the state from telling people how to practice their religion in a public or private setting. The Rowan County Commissioners are doing the right thing by appealing their case to the U.S. Supreme Court. We owe them much appreciation for staying the course and fighting for our religious liberties,” added Dr. Creech.

In a separate matter concerning invocations at county meetings, the Charlotte City Council did not restore the practice of prayer at the start of their meeting. Last week Mayor Jennifer Roberts discontinued it.