Recently, on MSNBC’s AM Joy, Rev. William Barber, head of the North Carolina Chapter of the NAACP, indicted a group of evangelical pastors who met in the Oval Office to pray with President Trump. Rev. Barber accused them of a “form of theological malpractice that borders on heresy.”

His argument essentially was that if you p-r-a-y for a president and others like him whose policies p-r-e-y on the most vulnerable in society, then you are violating the most sacred principles of religion.

At a press conference in Charlotte organized by the Christian Action League, I, along with four other high profile ministers in the state took umbrage with Barber’s conclusions concerning prayer for public officials, as well as some other statements he made about the poor and most vulnerable in society and our responsibility to them.

View the Press Conference on Facebook by clicking here

Below is my statement in full:

The Scriptures are exceedingly clear that we are to pray specifically for our leaders. The apostle Paul spoke of this in his epistle to Timothy, noting that we should pray for them without qualification, saying, “for kings, and for all that are in authority; that we may lead a quiet and peaceable life in all godliness and honesty” (I Tim. 2:2). I remind you that when Paul wrote this the kings that were ruling at that time were mostly tyrants.

To argue that we should only pray for leaders that represent the right policies is a gross misinterpretation of Amos chapter 2, which Rev. Barber quoted as his proof-text.

It doesn’t matter which side of the political aisle you may be on, whether Republican or Democrat, conservative or progressive, Jesus’s words don’t leave any room for the kind of qualification in our prayers set forth by Rev. Barber.

And this is why his assertions are beyond the pale – far removed from the Christian tradition.

Second, there is a term that best explains, I think, the differences between Rev. Barber and believers to the political right of him – one that I think succinctly encapsulates his belief system – a term that he uses repeatedly – “social justice.”

Social Justice Christians, I suggest, are those who profess the faith, but are politically entrenched in wrong-headed notions about government policies supposedly fostering equality via redistribution of wealth. Many of these policies are influenced more by socialistic and Marxist principles, progressive politicians and pastors, than by what the Scriptures actually teach about charity, compassion, and helping the poor and the vulnerable.

Rev. Barber characterizes conservative evangelicals, those who do not embrace the doctrines of social justice as calloused, insensitive, unloving, hateful, hypocritical, greedy, and corrupt. When, in fact, they care very much for the impoverished and are involved in many missions efforts to help them. Where they part with him is on the methods used in giving assistance.

Conservative evangelicals such as me, and I suspect many like the ones that prayed with the President, as well as some of us here at this press conference, believe that the government policies supported by leftists clergy like Rev. Barber have really done enormous harm to the poor, and this is especially true for minorities.

Our nation has spent trillions of dollars on anti-poverty programs, wealth redistribution, and equality measures, and doubling down on the insistence, as Rev. Barber does, that many of these continue as they have despite the mounting evidence against their success does not make him or those like him the paragons of mercy, and conservative evangelicals guilty of a “theological malpractice that borders on heresy.” 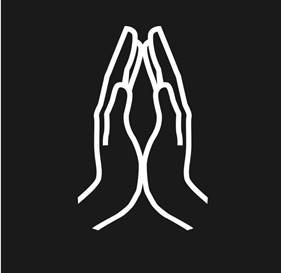 Again, these accusations are beyond the pale.

But let me add this in my closing remarks, and I’ll be very frank. When clergy espouse the government’s role is more than protecting our God-given rights and taxing us accordingly, but it’s also government’s role to confiscate our wealth and use its coercive powers to give it to people it believes has need of it, that’s not working for equality but being a participant in the violation of the eighth commandment of God, ‘Thou shalt not steal.’

When clergy tout government programs that essentially make people dependent on the State, passing along to our posterity a crushing debt that robs them of a greater estate than our own, that’s not compassion or charity but that’s supporting a form of slavery.

And when ministers like Rev. Barber collude with those who promote and practice the shedding of innocent blood in abortion, as he has done, you can no more legitimately call that social justice than you could justifiably put a Cadillac hood ornament on a Ford Focus and call it a luxury car. That’s neither social nor just.

Perhaps Dr. Barber would do well to remove the plank from his own eye that he might see clearly how to remove the speck from the eyes of those who recently prayed with our President or Christians who stand to the right of him.

We’re not the ones guilty of theological malpractice, nor are we remotely near what it means to be heretical.