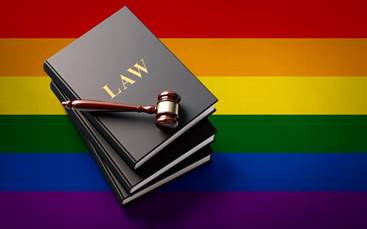 RALEIGH, NC – Leadership for the North Carolina General Assembly are wanting a federal judge, Thomas Schroeder, to throw out a lawsuit against HB 142, the legislation which was a compromise on HB 2, the famous bathroom bill. If Judge Schroeder were to grant their request, it would essentially nullify a legal settlement Governor Roy Cooper is trying to strike with the ACLU and others who oppose HB 142.

The proposed settlement by Gov. Cooper and state’s Attorney General Josh Stein would invalidate the bathroom provision of HB 142 and allow transgender individuals to use the facility of their choice in places such as state offices, highway rest stops, state parks, and historic sites, without fear of arrest or prosecution.

But Republican leaders in the House and Senate say those suing against HB 142 have no standing. If they have no standing, then there is no one with whom to settle, they argue.

Furthermore, because HB 142 took North Carolina back to the status quo, the General Assembly leadership says the plaintiffs in the suit can’t prove they have been harmed in any way.

The motion to dismiss the case against HB 142 in its entirety explains that HB 142 was a compromise between proponents and opponents of HB 2. It repealed HB 2, including its biological standard for public restrooms, showers, and changing facilities. It preempted state and local bodies from regulating such facilities “except in accordance with an act of the General Assembly,” and it postpones any action to change or amend local ordinances regulating “public accommodations” until December 1, 2020.

The lawsuit against HB 142, says Republican leadership, is merely recycling the claims against now repealed HB 2.

The specific arguments concerning why the legal complaint against the law should be dismissed might be summarized in this way:

In September of last year, Judge Schroeder, a George W. Bush appointee, ruled to partially block HB 2. Three University of North Carolina (UNC) transgender students had petitioned the court for an injunction on the bathroom section of the measure before it could go to trial. Schroeder’s decision, however, was limited in its application only to the three transgender students represented in the request. He also ordered UNC to return to the “status quo” that existed for the students before HB 2.

Schroeder’s ruling to block the bathroom provision hinged on a previous decision by the 4th Circuit Court of Appeals in G.G. v. Glouchester County School Board. In that case, the federal appellate court, which has jurisdiction over North Carolina, South Carolina, Virginia, West Virginia and Maryland, decided in favor of the U.S. Department of Justice’s (DOJ) arguments that transgender people are entitled to use the private facilities with which they subjectively identify and not necessarily their biological sex.

Nevertheless, this was the DOJ under the Obama administration. Under President Trump, the DOJ has taken an opposite point of view. Moreover, in March of this year, the U.S. Supreme Court vacated the 4th Circuit’s decision in G.G. v. Glouchester County School Board and sent it back to the 4th Circuit for further consideration.

Schroeder’s decision to block portions of HB 2 last year also seemed to indicate that he agreed with the dissent in the 4th Circuit’s ruling in the Glouchester case.

“No one knows what a Judge will do,” said Dr. Mark Creech, executive director of the Christian Action League. “I’m not an attorney, but I think the Republican leadership has made a solid case in their motion, and, it appears to me, it has some favorable winds in its sails.”

Creech added, “The battle over privacy and safety rights in public accommodations is now being fought in court and most of us feel helpless. Some are considerably anxious. Yet, the Scriptures say that the king’s heart is like channels of water in the hand of the Lord, he can turn it wherever he wishes. We should earnestly pray about this situation, turning from any of our own sins, and believing God is sovereign in these matters.”

Although a favorable ruling would protect the provisions of HB 142 and quash Cooper and Stein’s settlement proposal, it would not undo the Governor’s LGBT Executive Order announced last week.