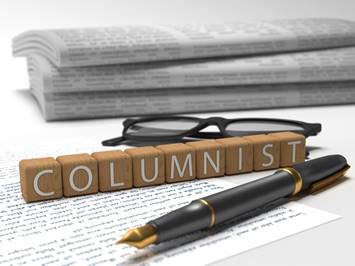 RALEIGH – This week columnist Barry Saunders with the Raleigh News and Observer mocked opposition to the “Brunch Bill” – a legislative initiative (SB 155- Economic and Job Growth for NC Distilleries) that seeks to roll back the time for selling alcoholic beverages from 12:00 noon on Sundays to 10:00 a.m.

Saunders referred to churches that objected to the change as the “First Self-Righteous Church” and then suggested that they join hotels, restaurants, and bars in offering their own alcoholic attractions on Sunday mornings.

Saunders wrote, “That way, those of us who are so inclined can get our fill of the Holy Spirit and distilled spirits without leaving the pews.”

Dr. Mark Creech, executive director of the Christian Action League countered, “I’ve argued that the Brunch Bill shows a tacit disrespect for churches. The reason the current law has existed these many years is out of deference and respect for our churches. Where is this respect now? This disrespect is indicative of our times and Saunders column only affirms my conclusions.”

Saunders also mocked Dr. Creech in his article, implying that he’s “a latter-day Moses,” who “can spread forth his arms and prevent us from being drowned before noon in a sea of mixed drinks.”

The columnist further argued that the Brunch measure would be good for business, especially waiters. “I know no one tips or tithes like drunk people.”

Read Saunders column, “What If We Mixed Drinks and Church on a Sunday Morning?”

Dr. Creech also said, “Although I purposely don’t mean to be provocative or offensive – all of this only shows me we’re doing the right thing. And I can only hope other pastors and church leaders will have the courage to do the same. Stand up now and be counted. Don’t leave me to go up to battle alone.”

The Christian Action League is urging pastors and other official leaders in the church, deacons, elders, etc., to sign a letter addressed to Senate President Pro-Tempore, Phil Berger, House Speaker, Tim Moore, and all the members of the General Assembly. The letter asks them to respect our churches and the indispensable service they provide to people whose lives have been wrecked by alcohol use and abuse.

The letter calls upon lawmakers to work with churches. It reads, “Can’t we at least wait until after most churches have dismissed their worship services on Sunday before encouraging people to once again hit the booze?”

Clergy and other church leaders are implored to go to this link and sign the letter: Where is the Respect for Churches? Don’t Sell Alcohol Before Noon on Sundays

Dr. Creech has also said that a bill like this wouldn’t exist if it weren’t that churches are too often silent. “Each time we let something pass like this without offering opposition, our influence in the culture is to some degree diminished,” he said.

In the concluding paragraphs of his column, Saunders wrote that if selling alcoholic beverages is “a legally permissible pastime at noon, it should be at 10:00 too.”

To which Dr. Creech responded, “If the law that prohibited sales until after 12:00 noon was right for all these years in respect for churches, and it was, then it’s perfectly right to continue it.”

Clergy and other church leaders are implored to go to this link and sign the letter: Where is the Respect for Churches? Don’t Sell Alcohol Before Noon on Sundays