By L.A. Williams and Hunter Hines
Christian Action League
May 19, 2022

Nearly 20 percent of voters cast ballots in the election, the first since the latest redistricting maps were approved. Turnout was up from 14 percent in the 2018 mid-terms and is trending higher in other states — a good sign for the GOP, say political pundits.

On Tuesday, one of the more significant outcomes was state Sen. Chuck Edwards’ win over incumbent Madison Cawthorn in the GOP primary for U.S. House District 11. Elected in 2020 to represent the state’s westernmost district, Cawthorn was involved in several scandals and lost the support of many of his colleagues, but he remained former President Trump’s choice. Edwards, one of seven candidates looking to give Cawthorn the boot, was backed by Sen. Thom Tillis and state Sen. Phil Berger. He won the race by some 1,300 votes and will face Democrat Jasmine Beach-Ferrara in the general election.

Some of the most prominent winners by a percentage of ballots in the GOP Congressional primaries include District 7’s Rep. David Rouzer and District 9’s Rep. Richard Hudson. They each won 79 percent of the vote.

Rev. Mark Creech, executive director of the Christian Action League, said he was friends with Sanderson and Steinburg. “A few people in that district asked me if I had a residence there for whom would I vote?” said Creech. “I responded both were terrific friends of mine, and I would vote for my friend.”

In Senate District 4, Former Republican State Sen. Buck Newton won his primary with 66 percent of the vote. Creech said that the return of Newton to the state Senate would be a welcome sight.

In Senate District 12, Republican Sen. Jim Burgin prevailed with 53 percent of the vote. “Burgin is a man with the right values,” said Creech. “He’s a good friend of the Christian Action League.”

Senate District 19 for the Democrats was a unique situation. Sen. Kirk DeViere, the incumbent, was bested by Val Applewhite, who won with 56 percent of the vote. Governor Roy Cooper made an unprecedented move of endorsing Applewhite over the incumbent.

“What the Governor did in endorsing Applewhite is just unheard of. DeViere voted with Republicans on some issues and suffered the Governor’s wrath for it. So much for working together,” said Creech.

Businessman E.C. Sykes won the GOP primary for state Senate District 18 with 85 percent of the vote – a huge margin.

Former State Senator, Republican Wesley Meredith, in his attempt to make a comeback and represent District 19 in the state Senate won with 72 percent of the vote. Meredith lost to Democrat Kirk Deviere in 2018.

Perhaps the most interesting state Senate race was between Republicans Ralph Hise and Deanna Ballard in District 47. Hise won the razor-sharp contest by a little more than 300 votes. Creech said that the two were double-bunked because of redistricting. “Both love the Lord, and it’s unfortunate to lose either of the two,” said Creech.

There were a couple of state House races in which the results were surprising.

Creech said he didn’t know Rep. Moss that well, but he was disappointed that Boles would now have to leave. “He has been the best Chairman of the ABC Committee the state has had during my tenure. Boles always believed ABC stood for Alcoholic Beverage Control. Unfortunately, his best efforts were diminished by the appointment of Co-chairs on the same committee who seemed to believe it stood for Alcoholic Beverage Consumption.”

Creech added that he counts Rep. Hurley as a personal friend. “I have no opinion about her opponent, but Hurley has served eight terms. Moreover, she may be the last friend of the League who has always stood with us on alcohol policy. She is a remarkable Christian woman. I hate to see her leave,” said Creech. 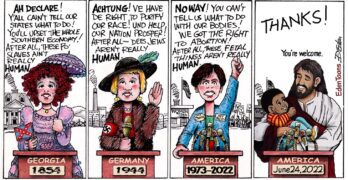