You are here: Home / 1st Amendment / President Trump’s Executive Order on Religious Freedom is a Step in the Right Direction 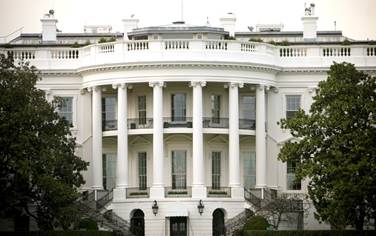 An executive order in support of religious freedom issued by President Trump on Thursday drew criticism from both the left and the right. But the Rev. Mark Creech, executive director of the Christian Action League of North Carolina, called on believers to greet the news with gratitude and patience.

The order, issued on the 66th observance of the National Day of Prayer, was in part Trump’s effort to keep a campaign promise to roll back the effects of the egregious Johnson Amendment. Since the mid-1950s, the law has prohibited churches from endorsing or opposing candidates and has had a chilling outcome on pastors’ preaching about political issues, leaving many in fear the Internal Revenue Service would negate their church’s tax-exempt status.

To address the Johnson Amendment, Trump’s order forbids the Department of the Treasury from taking “any adverse action against any individual, house of worship, or other religious organization on the basis that such individual or organization speaks or has spoken about moral or political issues from a religious perspective….”

Further, the new order encourages the secretaries of the Departments of Treasury, Labor, and Health & Human Services to change regulations to address “conscience-based objections” to the contraceptive mandate of the Affordable Care Act. It also directs the U.S. Attorney General to guide federal agencies “interpreting religious liberty protections” so that they comply with federal law.

The Rev. Creech pointed out that only Congress has the power to repeal laws, but said that the President is moving in the right direction.

“Did you ever expect an executive order that would address the Johnson Amendment? This is incredible, I think,” he said.

Speaking as someone who has been in the trenches of crafting public-policy for nearly two decades, Dr. Creech said, “Some people, even my own Christian brethren who pontificate on politics regularly, seem to have a woeful lack of understanding about the way that public policy is codified. It’s a laborious and burdensome exercise that is typically accomplished in incremental steps.”

John Rustin, president of the North Carolina Family Policy Council, also praised the order as a “strong first step toward directing executive branch agencies and officials to operate in a manner that respects and protects the fundamental right to religious liberty.”

Focus on the Family founder James Dobson said efforts by previous administrations to “marginalize conservative communities of faith were real, thorough and complex.” He acknowledged that they could not be overcome in one fell swoop but said he is very optimistic about the future.

Dr. Creech said it doesn’t do Christians any good to criticize Trump’s order, knowing that the ACLU and LGBT rights organizations are likely to take legal action against it.

“I am thankful to God and the President for his executive order to protect religious liberty. We’re headed in the right direction, and there is a lot more to do,” he said. “It’s encouraging that the president is sympathetic to the cause of religious liberty.”

To learn more about the Johnson Amendment, click here.

Read Todd Starnes, Trump: ‘We Will Not Allow People of Faith to Be Bullied