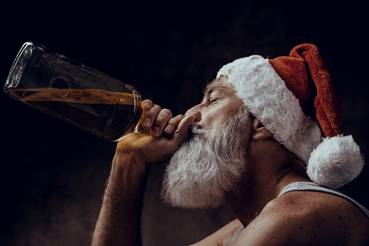 Although the jury is still out on which tax brackets will benefit most from pending tax reform, the nation’s alcohol industry is already raising a glass to celebrate significant tax cuts in a bill passed by the Senate Saturday and expected to remain in a conference committee compromise, unless lawmakers hear protests from their constituents.

“If this language from the Craft Beer Modernization and Tax Reform Act of 2017 stays in the final bill, it will be one huge Christmas gift for this growing and greedy industry that already costs our nation dearly,” said the Rev. Mark Creech, executive director of the Christian Action League. “Alcohol kills some 88,000 people each year and costs the United States $249 billion in expenses related to accidents, violence, chronic illness and lost wages. Why do we continue to reward such an enterprise?”

Industry watchdog, Alcohol Justice, says if the proposed laws pass, the federal government will lose an estimated $321 million dollars annually in excise tax revenue, which is equivalent to giving $177 million to the distilled spirits industry, $126 million to brewers, and $18 million to wine producers.

The organization has called on taxpayers to contact their senators and representatives and demand the alcohol industry begin paying more taxes, not less. But lawmakers from both parties seem blind to alcohol’s harms.

While Kraig Naasz, the Distilled Spirits Council president and CEO, claims that spirits are among the most highly taxed consumer goods in the United States, studies show the value of federal excise taxes on alcohol has dropped 43 percent since the rates were last raised in 1991. North Carolina’s beer excise tax, at .62 per gallon, is also behind the times. It last changed in 2009 and has lost 9 percent of its value.

Not surprisingly, even as the alcohol industry pushes federal lawmakers to lighten its tax burden, North Carolina is facing an increase of alcohol-related violence at nightclubs.

The state’s Alcoholic Beverage Control Commission says seven people died at illegal bars in LaGrange and Goldsboro and in legal nightspots in Fayetteville and Raleigh over the past two months. The legal bars in question lost their alcohol permits, and the ones that were not permitted to begin with will be in the crosshairs of police and alcohol enforcement officers.