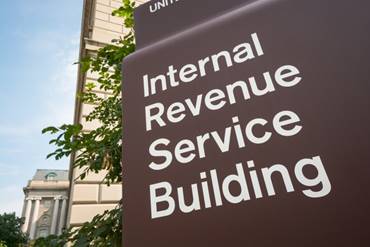 The decision was the result of a lawsuit brought by the Freedom From Religion Foundation (FFRF) against the housing allowance. The lawsuit was filed in 2011 and FFRF has argued: “Any reasonable observer would conclude that the purpose and effect of the statute is to provide financial assistance to one group of religious employees without any consideration to the secular employees who are similarly situated to ministers.”

Crabb ruled in favor of FFRF in 2013, but her decision was overturned in 2014 by the 7th Circuit Court of Appeals, which said FFRF did not have standing in the case. Last year, FFRF renewed their challenge to the housing allowance in Gaylor v. Mnuchin.

Annie Gaylor and Dan Barker, who are married co-presidents of FFRF, an atheist organization, are plaintiffs in the case. The defendant is the government and names current U.S. Treasury Secretary Steve Mnuchin along with various churches and ministers as intervenors that would be negatively impacted by abolishing the housing allowance.

Judge Barbara Crabb is an appointee of President Jimmy Carter and ruled the National Day of Prayer as unconstitutional in 2010.

This is the second time the case has appeared before Crabb and her decision referenced her 2013 decision saying it “violates the establishment clause because it does not have a secular purpose or effect.”

The housing allowance was enacted into federal law in 1954. It allows clergy to exclude some or all of their ministerial income designated by the church or church-related employer for housing from their taxes.

President of the Ethics and Religious Liberty Commission of the Southern Baptist Convention, Russell Moore, said Crabb’s ruling was sad.

“This ruling is a sad development that represents a needless challenge to hard-working pastors devoted to serving their communities,” Moore said. “More still, this ruling is wrong: the housing allowance is in no sense the government establishing religion. The allowance is neutral, applies indiscriminately to all religions and removing it would disproportionately harm clergy in small congregations across the country.”

The Washington, DC-based Becket Fund for Religious Liberty, which specializes in religious freedom and one of the intervenors in the case, argues that the parsonage allowance makes it possible for some ministers to live near their church and the communities they serve who could not otherwise.

Becket says on their website, “For much of the past century, pastors, rabbis, imams and other faith leaders – whose job requires them to live close to their church or in an underserved community – have been eligible for a tax-exempt housing allowance under the same tax principle that allows businesses and the military to reimburse travel and overseas housing costs and provides tax-free housing to teachers and police who live in the communities they serve. America has a long and proud tradition of incentivizing service. When pastors can live near the congregations and communities they serve, everyone benefits.”

Hawkins view is consistent with Edward Zelinsky’s argument in his book, Taxing the Church: Religion, Exemptions, Entanglement and the Constitution. Zelinsky, who is a professor at Cardoza Law School in New York City, says the parsonage allowance is one way to avoid church-state entanglement since the inquiries that would be required to determine whether in-kind housing is really more for the benefit of the employer would be something too invasive by the government.

“There is no need for ministers in North Carolina to panic at this ruling because it only applies at this point to the Western District of Wisconsin,” said Dr. Mark Creech, executive director of the Christian Action League. “Still, we should be very concerned and mostly prayerful for those affected and what its larger ramifications would entail. Once there is a ruling that affects the heads of the church and establishes a precedent, then it’s a slippery slope. Groups like the FFRF are then emboldened to go after the church. New laws that tax the clergy likely mean new laws that tax the church.”

Dr. Creech added that Gaylor v. Mnuchin is just another demonstration of why pastors and churches can no longer afford to sit on the sidelines and argue politics and the church don’t mix.

“Whatever freedoms we enjoy in a Representative Republic, a form of government that allows for a democratic process, we are subject to lose if we aren’t vigilant to be informed and equip our congregations for engagement. I also believe these are signs of the times. But it’s irresponsible to just sit back hoping the rapture will soon relieve us of our Christian citizenship responsibilities,” said Dr. Creech.

Crabb’s ruling has been stayed until a final judgment can be rendered. The case will be appealed to the 7th Circuit Court of Appeals in Chicago, with a decision expected by that judicial body in 2018.