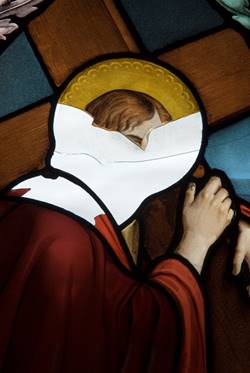 Two men were charged Wednesday in connection with a fire that injured a Warren County pastor and killed his wife. Authorities say Kevin Munn and Lester Kearney robbed John and Nancy Alford before setting fire to their Lake Gaston home on March 9.

The horrific murder was the latest in a number of recent attacks targeting church leaders or church property.

“There is an ever increasing disrespect prevalent concerning all things sacred these days. It was most uncommon to hear of things like this happening a few decades ago, and the reason was people had a fear of God and respect for religion, more specifically the Christian religion,” said the Rev. Mark Creech, executive director of the Christian Action League. “However, we’re now living in a time when secularism has significantly advanced, and so has the number of people who are non-religious. Whenever or wherever there is a God-vacuum something evil will fill it.”

“Evil” is exactly how members of Sanford Memorial Baptist described last Friday’s actions against their pastor and his wife, who taught Sunday School at the church just across the Virginia line in Brodnax.

The Alfords encountered the robbers in the home they shared for nearly 40 years. One of the intruders kidnapped Nancy and forced her to drive to an ATM and withdraw $1,000 while the other held the pastor inside the house. They then assaulted him, tied the couple up and set the home on fire before leaving in the Alfords’ car.

Although not nearly as heinous an attack, a church in Henderson County, N.C., has also been targeted. Graffiti and vandalism were discovered on a recent Sunday morning at Upward Baptist in Flat Rock. The graffiti mentioned the late Rev. Billy Graham and followed a rash of similar cases reported in Simpsonville, S.C., in February.

To view some of the pictures of the vandalism of the Upward Baptist Church in Henderson County, click here

Last fall, racial slurs were painted on a church in Cary, and a fire at Providence Baptist in Vale was ruled as arson. Just last week two congregations near the North Carolina coast reported that the windows and doors of their sanctuaries had been shattered.

Though he’s not surprised, Creech is saddened by the erosion of values that he says is behind such hateful acts.

“I’m saddened by the way public institutions of higher learning have actively worked to undermine Christian belief. New television programs like ‘Living Biblically,’ I think, take the practice of ridiculing the faith mainstream,” he lamented. “Atheism among many youth is trendy and cool. Our culture has lauded people like Stephen Hawking and Richard Dawkins — atheists who have zealously belittled the faith and wrongly referred to it as a terrible evil in our society.”

He said diminished respect for religion precipitates acts of violence and vandalism against people and places of faith which would not otherwise occur.

Gay-friendly churches have also been targeted, Creech pointed out. Wedgewood Church in Charlotte was vandalized in January for the seventh time.

“I personally take issue with the position of these churches on homosexuality and same-sex marriage,” Creech said. “Nevertheless, I still believe it’s unconscionable that churches are the target of vandals, no matter their beliefs.”

Creech suggested that the North Carolina General Assembly examine current laws and consider what more might be done to provide additional protections for church properties.

According to state statutes, burning a church is a Class E felony as opposed to a class H felony for other buildings. When it comes to injuring a church or surrounding fence, if the damage is $5,000 or less, the person is guilty of a Class 2 misdemeanor. If repairs cost more than $5,000, the crime is a Class I felony.