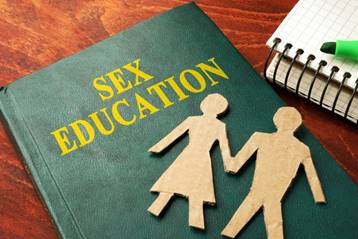 CUMBERLAND CO. – You know the expression: “The best-laid plans of mice and men oft go astray.”  In a controversy that clearly demonstrates the old adage, parents of middle-schoolers and a North Carolina public school system are at odds over the school’s role in covering certain aspects of “the talk” with their children.

Later this month, nine Cumberland County schools were set to reprise the Get Real sex education curriculum that debuted in 2016 as a countermeasure against teen pregnancies, which Cumberland County data reported were at an all-time high in 2015.

That was when Christian parents spoke up. Or, more accurately, they roared. In voices stentorian, hundreds of outraged parents made clear their stance: that basic sex-ed material as fodder for teaching children about human sexuality in schools is one thing; a how-to guide for using various forms of birth control other than abstinence and addressing LGBTQ ideas of gender identity is quite another.

That outcry has led to a thirty-day suspension of the Get Real program, whose developers, Planned Parenthood, have initiated a review of its content and language.

According to Cumberland County Schools Health Services Director, Shirley Johnson, “We had some parents with some questions about the content, and, in honor of their requests, we’re taking a review of the curriculum.”

Johnson added that she suspects some of those concerns stem from misconceptions about the program because it originated with Planned Parenthood.

In its online coverage of the clamor, ABC11 News quoted a survey that heralded the effects of Get Real on students’ actions. “Surveys found that 85 percent of students who took the course said they were less likely to have sex. That’s why Cumberland County Schools wanted to bring the program back again this month,” concluded the survey.

But in a post on his Facebook page on Monday, Rev. Franklin Graham, son of famous evangelist, Dr. Billy Graham, applauded opposition by parents, saying they were “rightly concerned” and encouraged further scrutiny of the types of subjects foisted upon impressionable young minds and the language used in presenting them.

Graham wrote: “There’s no way this liberal group [Planned Parenthood] should be producing school curriculum in the first place. Parents were rightly concerned. In the program, students were supposed to learn how to use a condom, review the use of contraception, and even the use of what they call ‘emergency’ contraception after sexual intercourse. The program also includes LGBTQ issues and students discuss sexual identity and ‘examine the myths and facts about sexual orientation.’ This is another example of why we need Christians who care about the minds and lives of young people—as well as morality—to run for school boards across the country and have an influence on what is pushed on our children. How about you?”

One parent stated in a report by WRAL News, “I don’t need somebody else teaching my kids, as they put it in there, ‘the myths and facts about your sexuality.’ That’s something the parents need to do.”

Dr. Mark Creech, executive director of the Christian Action League, said the League, as well as other Christian groups and adherents to a Christian sexual ethic, have always believed Abstinence Until Marriage (AUM) is the best standard for teaching sex education in the public schools. But he added that in 2009 there was a strong push by a Democrat-controlled North Carolina House and Senate to strike AUM and replace it with Comprehensive Sex Education (CSE).

“If it had not been for the lobbying activity of the League, AUM would have been lost altogether that year,” Dr. Creech said.

“HB 88 – Healthy Youth Act was amended from its original version which did away with AUM altogether. Instead, in the final version, AUM was retained as the state’s expected standard for all students – a requirement for every child in the state. Comprehensive Sex Education was also required, but it did not supplant abstinence and parents who found Comprehensive Sex Education objectionable could opt out their children,” he said.

Dr. Creech said this is now the law. “It’s far from perfect, but because of the political climate at the time (2009), it was the best that could be done.”

Republicans, who have always supported AUM, currently control with super majorities both the House and the Senate. The Cumberland County situation demonstrates the need for state lawmakers to reinstate AUM as the sole form of sex-education in the schools.