You are here: Home / Christian Action League / On the Wrong Side of History 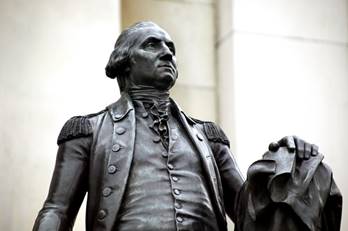 Lately it has become all the rage in America to revise our history, scrubbing the public square of monuments and memorials to leaders who failed in one area or another—having ended up, as the popular phrase puts it, “on the wrong side of history.”

It began with leaders who fought for the South in the Civil War, like General Robert E. Lee. And it has extended to anyone whose life fails to conform to 21st century “progressive” understandings.

Most recently, the Episcopal Church in Virginia where George Washington worshiped for the final decade of his life announced they would be removing a plaque honoring Washington, They said it made, quote, “some in our presence feel unsafe or unwelcome.” The plaque will be removed at the same time as a plaque honoring Lee, whose wife made a significant gift in the 1870’s to establish the church’s endowment.

Of course, we all now recognize the evil of the slave trade, yet it’s an issue to which many of our forefathers were sadly blinded. They were products of their times, sharing some of the characteristic blindness of the age.

Setting aside for a moment the puerile foolishness of ignoring the titanic accomplishments of a George Washington over one issue where he was blind to his error, all this raises an important question. Are the leaders of our age willing to be judged by the future standards with which they judge others? What are the cultural blinders our society is wearing today that will cause monuments to be torn down in future centuries?

Revisionist history is a tricky thing. Many of our cultural so-called progressives are cheering this purging of the monuments. But how will they feel decades from now when, say, the name of Barack Obama is being removed from schools, streets, and museums because of his steadfast support and enabling of genocide through abortion?

Future generations will rightly look upon the moral blindness of our age with pity and shame. And it’s very likely that our leaders who have governed without moral clarity or regard to God’s truth will one day find themselves “on the wrong side of history.”

This commentary first appeared on the website of D. James Kennedy Ministries. It was posted with permission.