You are here: Home / Rev. Creech's Commentary / North Carolina under the Siege of Tyranny

Charles de Montesquieu, the French lawyer, writer, and political philosopher, whose works had a profound influence on America’s founders, once said, “There is no crueler tyranny than that which is perpetuated under the shield of law and in the name of justice.”

My beloved state, North Carolina, is under siege from tyrants who operate “under the shield of law and in the name of justice.”  The Fourth Circuit Court of Appeals has the state and its future firmly under its iron rule, and yet, there’s been little outrage by the state’s citizenry.

Daniel Horowitz, in Fourth Circuit Takes Control of North Carolina, summarizes the way this unelected body has destroyed the state’s right to self-determination. He writes:

“They have mandated transgenderism, blocked every voter integrity law, required very specific times and amounts of early voting, criminalized voluntary public prayer, and erased every single districting map — from federal and state districts to even county school board maps in the middle of an election season and after candidates already spent enormous sums campaigning. Again, this was all done by federal, not state courts. They are rendering elections moot and are now ensuring that conservatives can never win elections by ruling Democrat racial gerrymander advantages into law and into the Constitution.”

Horwitz’s description of the matter isn’t hyperbole in the slightest.

Stephen McDowell and Mark Beliles rightly argue in Liberating the Nations, the concept of Constitutionalism in America stretches back to the Hebrew Republic which Moses presented to the Israelites via the Book of the Covenant. It contained the Ten Commandments, as well as a companion body of law. Although these laws were inspired by God, they were handed down to the people for their adoption. Exodus chapter 19 reveals this was necessary for the people to enjoy the benefits of these laws.

God is definitely sovereign. If we break his laws, they will break us. Still, God allows us to choose. He will not force himself upon us. Consent is necessary to know the blessings of his way. We can garner from this example provided in Scripture that tyranny is always from the top down and never operates with the consent of the people.

McDowell and Beliles also note that even when Israel changed its form of government to that of a monarchy, the king was still required to abide within and govern by the Covenant or the Book of the Law – law, by the way, which reflected the character of a benevolent and just God. America’s Founders took this concept and wove it into our nation’s framework, clearly stating in the Declaration of Independence that “just powers are derived from the consent of the governed.”

Certainly, the most fundamental principle of a free society, one governed by Constitutionalism, is the right to vote – the right of the people to decide their own destiny. Nevertheless, “under the shield of law and in the name of justice,” the Fourth Circuit has decided it shall decree to North Carolinians in what manner they may cast their votes in the next election.

Once again, let me refer to Horowitz, who gives us the play by play here:

“[A] three-judge panel within the Fourth Circuit and the [U.S.] Supreme Court struck down both the federal and state [legislative district] maps [that state lawmakers drew] in the Tar Heel State.

“It is first important to recognize that North Carolina received pre-clearance from Obama’s Justice Department, and the maps were upheld twice in state court. That should have ended the matter. Federal courts should have no jurisdiction over state legislative maps. Yet the federal courts nullified 28 legislative districts and remanded back to the three-judge panel, which includes two Obama-appointed judges.

“The North Carolina legislature went back and drew a new, clean map that is better than anything Democrats put out when they had control for 100 years. That should have ended the matter. Yet the Obama judges, who have been accorded God-like power over subject matter the Constitution did not entrust to them, want to make sure the maps maximize the Democrat Party advantage. They gave standing to another lawsuit challenging three Senate and nine House districts. Last Thursday, [actually October 26th], in a written order, Judge Catherine Eagles wrote on behalf of the three-judge panel that she feels the new map doesn’t redress the ‘constitutional’ violation and is ‘otherwise legally unacceptable’ – in other words, it doesn’t contain enough Democrat advantages. So, in the ultimate act of legislating from the bench, the judge said that due to ‘the technical nature of determining an appropriate remedy’ and ‘exceptional circumstances,’ the court is appointing a ‘special master’ to oversee the maps.

“Thus, an unelected federal court with no constitutional jurisdiction over maps cleared by the DOJ [Department of Justice] and state courts is now requiring that de facto veto power over the new maps be given to an unelected ‘expert.’”

Can you believe this? The situation is so egregious and shocking that it’s difficult for the average citizen in our state to process. It’s so bad that many, without carefully thinking, might simply dismiss it as an unfortunate consequence of Republican gerrymandering.

At the risk of being perceived as partisan, let me say that such a conclusion would be nonsense. North Carolina is in the throes of something unlike anything it’s ever experienced in its history since the American Revolution and “no taxation without representation.”

Back in October, North Carolina House Rep. David Lewis (R-Harnett) and Sen. Ralph Hise (R-Mitchell) chairman of their respective chambers’ redistricting committees have said the “order provides absolutely no legal or factual basis for objecting to the new maps, while also potentially delegating the legislature’s constitutional authority to draw districts to a lone professor in California with no accountability to North Carolinians.”

Lewis and Hise also rightly contended that to hand the responsibility of the state’s redistricting maps “to a single person on the other side of the country is an outrageous and extraordinary violation of the principle of federalism and our state’s sovereignty.”

Since making these statements, Lewis and Hise have had the opportunity to review the new maps made by Persily. In a statement released today (December 1) they said that Persily has confirmed their “worst suspicions” and “this entire ‘judicial process’ is little more than a thinly-veiled political operation where unelected judges, legislating from the bench, strip North Carolinians of their constitutional right to self-governance by appointing a left-wing California professor to draw districts handing Democrats control of legislative seats they couldn’t win at the ballot box.” 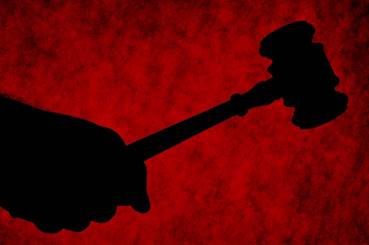 I must agree with Horowitz’s conclusion on this matter, “While legislative gerrymandering can be insidious, it is not nearly as tyrannical as judicial gerrymandering, which is unconstitutional and against which there is no remedy.”

No remedy? Perhaps. But I’m inclined to believe that if freedom remains precious enough to its beneficiaries they’ll find one.

Charles de Montesquieu also said, “The tyranny of a prince in an oligarchy is not so dangerous to the public welfare as the apathy of a citizen in a democracy.”

The federal judiciary is off the rails and can only be set right by a citizenry that will no longer consent to its illegitimate yoke.