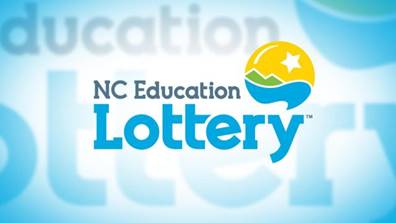 RALEIGH – Tuesday, the North Carolina Lottery Commission could have made a monumental decision to expand gambling in the Tar Heel state, but they hesitated to do it.

The Commission was set to take-up a proposal for “digital instant” games – lottery online gambling that involves instant scratch-off tickets where players pursue prizes on their desktop computers, iPads, or smartphones. Although the nine-member commission was expected to vote on the matter at their quarterly meeting, they pulled it off the agenda for further study.

Andy Ellen, president of the NCRMA said that the thousands of retailers across the state would be hurt by the new games. He told WRAL News, “If you sit at your house and play with a debit card and a checking account, especially in rural areas, it’s actually tougher to get customers to come to your store.”

“This is essentially what the state legislature has been trying to outlaw for years,” said Rustin.

Video or digital forms of gambling have been labeled by gaming experts as the “crack cocaine of gambling.” When it was legal in North Carolina, video gambling was the primary cause of gambling addictions in the state.

Proponents believe the new games could provide as much as $130 million more for state education in the next five years. “Digital Instant” games would likely draw younger players who are more comfortable with computers and other digital devices.

Dr. Mark Creech, executive director of the Christian Action League, said the lottery was a shameful government scam operating in the name of education. Creech said that only about 21 percent of its funding is directly getting into the classroom and that while it’s true revenue and payouts to players have grown, payouts to education have not.

“How many times does it have to be said? This is a failed government policy. It is state government fleecing the poor in order to sustain itself,” said Creech. “It is the poorest among us searching for hope who are most often victimized by lottery mirages. Moreover, it’s bad enough that we teach our young people they should work hard, get a good education, follow the rules, but then allow the state to send a counter message which says, ‘if you want to hit it big in life play the lottery.’ If the lottery were a person I’d wash his mouth out with soap for sending such a message like that to my child. Yet it happens every day via the commercials and advertisements. And ‘Digital Instants’ put the lottery on digital devices and make it as close as one’s fingertips.”

In an email sent on December 1, Rustin told lottery commission members, “The approval of ‘Digital Instants’ would represent a huge expansion of state-sponsored gambling in North Carolina that will entice more and more citizens to throw away their hard-earned dollars on a false ‘get-rich-quick’ scheme. In the process, this will result in more lottery players going deeper into debt and more families being ravaged by the inherent economic and social problems associated with gambling debt and gambling addiction.”

Even Progressives like John Oliver on the HBO television broadcast, Last Week Tonight, has strongly condemned “Digital Instant” gaming, arguing its objective of getting additional  players is “terrifying.”

Oliver stated this truth in jest during a segment on state lotteries, strongly warning against digital games. Oliver said, “Your mother, when she plays the lottery, could play as easily as playing Candy Crush. In three weeks she could be preparing Thanksgiving dinner over a trash can fire.”

Oliver went on to say the rationalization most often used for expanding lotteries is that it brings in money for good causes like education. But he adds, “Lotteries are bad for losers, often bad for winners, and a pretty compromising way to assist state budgets. Think about it this way, gambling is a little bit like alcohol, most people like it, some are addicted to it… but it would be a little strange if the state was in the liquor business advertising it by claiming that every shot of vodka you drink helps school-children learn.”

Dr. Creech said he “hopes and prays commission members will drop this foolishness.”

The Commission is scheduled to meet again in February.