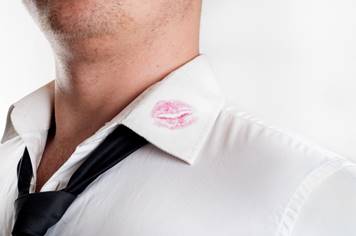 RALEIGH – This week the North Carolina Court of Appeals upheld the constitutionality of two North Carolina laws, alienation of affection and criminal conversation, which are designed to protect the promise of monogamy in marriage.

According to court documents, Marc Malecek discovered that his wife, Amber, a nurse at Wake Baptist Medical Center, was having an affair with Dr. Derek Williams, cardiologists at the same hospital.

Malecek sued Williams on the basis of alienation of affection (wrongful acts which deprive a married person of the affections of his or her spouse) and criminal conversation (engagement in a sexual relationship with someone’s spouse).

The Tar Heel state is one of seven states which allows for lawsuits based on these torts.

Dr. Williams contended that the two torts were antiquated and facially unconstitutional because they violated a person’s First and Fourteenth Amendment rights “to engage in sexual activity, speech, and expression with other consenting adults.”

A Forsyth County court had previously agreed with Williams’ arguments and granted his motion for dismissal. Malecek promptly appealed.

The North Carolina Court of Appeals disagreed with Williams, overturning the previous decision for dismissal of the case and ruled that the laws, (alienation of affection and criminal conversation) were not unconstitutional, and, therefore, the lawsuit against Williams by Malecek could proceed.

The Court in its decision neither endorsed the two laws nor condemned them but said:

“[M]arriage is a commitment. Among the most central vows in a marriage is the promise of fidelity. In most marriages, this means a promise of monogamy; an agreement to share romantic intimacy and sexual relations only with one’s spouse…society expects married couples to honor it. If they do not, injury results – personal injury to the still-faithful spouse, but also societal injury because a broken marriage can mean the loss of all the benefits that a healthy marriage brings to society. Simply put, the State has a legitimate interest (indeed a substantial interest) in protecting the institution of marriage, ensuring that married couples honor their vows, and deterring conduct that would cause injury to one of the spouses.

“We thus turn to the critical question here: is the State’s need to protect these interests sufficient to justify private tort actions that restrict one’s right to engage in intimate sexual conduct with other consenting adults?

The North Carolina Bar Association has made numerous attempts during legislative sessions to abolish these laws, arguing that they are outdated, and used to extract vengeance, and a means of gaining an advantage in a divorce settlement. The Christian Action League has always opposed these efforts in its lobbying activity, and, fortunately, attempts have always failed.

In 2009, however, when the legislature was under Democrat control these laws were amended for alleged clarification, declaring that married persons separated from their spouses would no longer be able to sue a third party for interfering in their marriage during the separation period, even though they were still married.

At that time, the Christian Action League countered amending the law only weakened it. “The separation period between couples is a needed cooling off period, a time to think, talk, as well as seek help for restoring a troubled marriage,” testified Dr. Mark Creech to a Judiciary Committee. “If someone is allowed to interfere during the separation period without consequence, efforts to restore the relationship could be defeated or at the least seriously inhibited.” 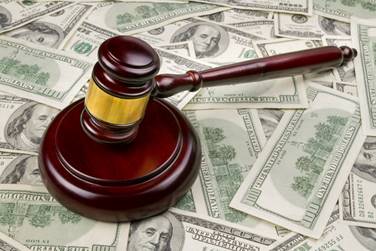 In 1999, Dorothy Hutelmyer of Alamance County sued Margie “Lynne” Cox for committing adultery and stealing the affections of Dorothy’s husband, Joseph. The court awarded Mrs. Hutelmyer $1 million in damages for breaking up their seventeen-year-old marriage. In 2010, a Greensboro court awarded Cynthia Shackleford $9 million in an alienation of affection suit against her husband’s lover, Anne Lundquist, for breaking up her 30-year marriage.

Lynne Cox told the media that if she had to do it over again, she would have waited until Joseph was divorced before dating him. Shackleford told reporters she wanted to spread the word about the pain and harm of adultery cases

The largest amount ever awarded in an alienation of affection and criminal conversation lawsuit was handed down by a Wake County court. A judgment against Betty Devin required her to pay $30 million to Carol Puryear, the former wife of Donald Puryear, who owned a trucking company.

Dr. Mark Creech, executive director of the Christian Action League, said, “Legislation and public policy is always about sustaining and protecting those things we value most in our culture. And we sustain and protect them with laws commensurate with our zeal for them. Few things are more important in life than a promise made to our spouse that says we’ll be faithful until death. It doesn’t matter whether some people may use the law with an impure motive. What really matters is that the commitment made is protected and preserved and that there are legal consequences for third parties that interfere with it.”

Dr. Williams has not decided whether to appeal his case.