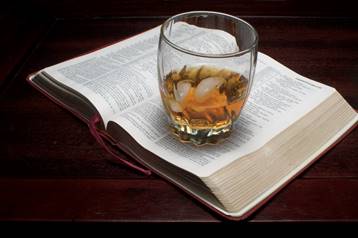 DAVIDSON CO. – The Davidson County Board of Commissioners is poised to pass a “brunch bill” ordinance at its Sept. 26 meeting, despite impassioned pleas from a half dozen residents, mainly ministers, who opposed the measure at a public hearing Tuesday night. The ordinance would allow Sunday alcohol sales to begin at 10 a.m. rather than noon.

Opponents cited studies showing that increased accessibility to alcohol increases alcohol use and implored the board to consider the harm that alcohol abuse already causes their county.

“Granted it is not the place of the government to legislate church attendance, but there was a time when the government was more supportive of the church’s effort to strengthen our homes and community,” said Tim Miller, pastor of Mountain View Baptist in Lexington. He said much of his time is spent helping rebuild and remold lives destroyed by alcohol.

David Hedrick, pastor of Promise Baptist in Thomasville, reminded the board that it hadn’t been long since alcohol sales were approved in Davidson County and chastised them for already looking for ways to make it even more accessible.

He said if the board passes the ordinance, it will show disrespect toward every church, pastor, believer and also to every drinker, by providing more bait a little earlier in the day to lure him into the trap of alcoholism.

Brandon Harrison, the pastor of Freeman Street Baptist, said that, according to Talk It Out NC, 94 percent of Tar Heel students say underage drinking is a problem. He said if children believe alcohol is a problem but see adults approving more and more sales, the community is sending the wrong message. He urged the board not to succumb to pressure from businesses but to consider the lives they could save by voting down the ordinance.

Ron Baity, pastor of Berean Baptist and president of Return America, said rolling back the time for alcohol sales to 10 a.m. would send the message that alcohol is just as important as church.

“One of the greatest institutions in North Carolina outside of the family is the church. … The church is not a second-rate institution. … The church is the best thing in your community,” he said. “It is almost beyond my ability to comprehend that we would even think about the possibility of putting alcohol on the same level as the church.”

He made the issue a personal one by asking commissioners to consider their own progeny.

“Do you want to say to your children that alcohol is just as important as church? Do you want to say to your grandchildren, ‘we want to pass this brunch bill so that on Sunday morning you will have a choice: you can go to the bar and drink or go to the grocery store and buy alcohol or go to church,’” Baity asked. “Do we really want to put that proposal before our kids and our grandkids?”

Citing cases that he has dealt with as a law enforcement chaplain, Baity assured the board that alcohol costs the community much more than any tax revenue that additional sales could ever bring in.

“Why in the name of heaven do we want to make something that is destroying homes all over America more accessible and available than it already is?” he asked.

“If they can’t get enough liquor the rest of the week, they need to be somewhere in a sanitarium trying to get off of alcohol,” Baity added, inspiring applause from the audience. “We don’t need more liquor in Davidson County. We need more church.”

Commissioner Fred McClure was the most vocal opponent of the measure on the board, saying that he had not heard any information that would lead him to believe the brunch bill would benefit Davidson County.

Commissioners Steve Shell and Steve Jarvis joined McClure in voting no, while Don Truell, Zak Crotts, Todd Yates and Lance Barrett voted yes. By state law, if the ordinance is not approved unanimously on its first vote, a second vote is required. If the ordinance is approved by a majority on Sept. 26, it will pass. No further public hearings will be held on the matter.

Brunch bill ordinances became a possibility after the North Carolina Legislature passed Senate Bill 155, which was signed by the governor last June. The statute gives local governing officials authority to decide whether alcohol sales can begin at 10 a.m. on Sundays.