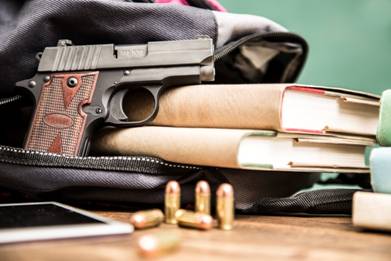 RALEIGH – This week students of Marjory Stoneman Douglas High School returned to class, two weeks after a gunman entered and killed seventeen of their classmates.  The massacre, which occurred on Valentine’s Day in Parkland, Florida, has sparked a heated national debate about gun control and what actions might be taken to make students safe in the public schools.

North Carolina state and county officials are also taking up the issue in the aftermath of the Parkland school shooting.

According to Moore, the committee would be tasked with examining safety standards and procedures throughout the state’s elementary, middle, and high schools. He added that the committee would consult with local governments, school systems and policy experts in a range of fields to address violence prevention, emergency management, and security in North Carolina classrooms.

“As parents, our highest priority is keeping our children safe. It starts with building safer schools in the capital construction phase and maintaining secure education facilities every day across North Carolina. It is our duty to provide the highest level of physical security for our kids’ classrooms through access control, surveillance and training,” said Speaker Moore.

In related matters, hundreds of students at public schools in places like Swain, Wake, Durham, and Orange counties have staged walk-out protests to gun violence at schools.

Some school officials are recommending teachers be trained and armed to protect themselves and their students, while others reject the suggestion.

“We already ask so much of our educators. I do not believe we should ask them to take on another massive responsibility of having firearms in the classroom. As State Superintendent, I am working to reduce additional burdens on teachers so that they can spend more time focused on teaching…I support the expansion of funding for School Resource Officers. Firearms on school grounds should be in the hands of these trained, uniformed law-enforcement professionals who courageously choose a career protecting citizens from violent threats.”

According to the Wilkes Journal-Patriot, elected leaders in Wilkes County are considering armed security teams in each of their public schools.

Wilkes County Commissioner, Eddie Settle, initiated a discussion during a recent Board of Commissioners meeting. Settle argued that there were “some nuts out there” who pose a serious threat to students and there aren’t enough School Resource Officers to respond.

Settle said the security teams could include school staff volunteers who could be trained in law-enforcement to deal with a shooting incident.

Local officials in Rockingham County have announced that they are considering the viability of a Voluntary School Safety Resource Officer Program.

The North Carolina General Assembly passed a law in 2013 that allows for such programs.

The Asheville Citizen-Times is also reporting that it has polled 16 Western North Carolina counties on whether they support arming school teachers. Seven said that they did not, and one said it might work under the right conditions.

Dr. Mark Creech, executive director of the Christian Action League said he appreciates the comprehensive approach initiated by Speaker Moore to make the state’s schools safer. “It’s a comprehensive approach that’s necessary,” he said, “I think that the Speaker is on the right track by appointing a committee and have everything brought to the table.”

Creech also said he firmly believes that laws that disarm the American people, which are the typical approach of progressives to mass shootings, are reflective of a flawed perspective – that our nation’s greatest problems exist outside of ourselves. 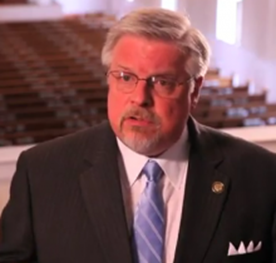 “I believe we have to protect our children in school, but gun restrictions are negligible in their effect of reducing crime and gun violence. Greater protections and penalties for those who use guns criminally, I can see, but I can’t agree with greater restrictions on guns,” he said. “The issue of gun control is much larger than school shootings and the right to self-defense and gun ownership. The Second Amendment was handed down primarily to protect us against tyranny – the possibility of our own government going rogue on us. For this reason, the American people have a God-given right, as well as a Constitutional right to be reasonably armed with weapons that will deter a despotic threat.”

Creech also said, “So-called intellectuals, secularists, humanists, etc. often scoff at the notion that teaching only evolution, no longer allowing for school prayer, etc. is related to the violence in our classrooms.  But I believe it remains incontrovertible – one’s beliefs, one’s worldview, has consequences. We’ve been teaching kids for decades now that they are just a higher form of animal life. Why are we surprised if some of them are as ruthless as animals? In our schools, we’ve discouraged the presence of God – no prayer – no Ten Commandments. Why are we surprised that something evil fills the vacuum when God is pushed out? This is the crux of the problem, and we may seek to address school shootings without addressing the spiritual aspect, but such actions alone at best will only have a limited effect. I mourn that so many in our state and nation don’t discern this.”

“I am praying for a revival in our country, he added, “and I hope many other Christians will do the same.”