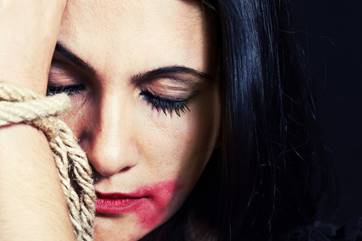 RALEIGH – North Carolina legislators are continuing their quest to make the Tar Heel state less hospitable to human traffickers and more helpful to their victims.

On June 14, the General Assembly tweaked the state budget to channel more funding toward services for those affected by the crime. A day later, lawmakers passed Senate Bill 162, Human Trafficking Restorative Justice, to better ensure that victims receive restitution.

“The indignities suffered by those who are held in bondage — whether for sex or labor — are beyond most of our imaginations,” said the Rev. Mark Creech, executive director of the Christian Action League. “More than 20 million people around the world are caught up in this form of modern slavery. And we are becoming more and more aware of how much of it is happening right here.”

According to the National Human Trafficking Hotline, North Carolina remains among the top 10 states in the number of trafficking reports. Over the past decade, the organization has identified nearly 2,700 victims of human trafficking in the state. Attorney General Josh Stein recently announced 2017 N.C. statistics: 258 cases involving 1,200 victims. Seventy-three of those cases involved minors, a portion of the population that will receive more help, thanks to clarifications contained in SB 162.

Prior to the law’s passage, these victims were not considered “abused juveniles” under the law unless they were abused at the hand of a parent or guardian. Without that legal distinction, they did not qualify for certain services from the N.C. Department of Health and Human Services. Under SB 162, anyone younger than 18 who is a victim of human trafficking, involuntary servitude or sexual servitude would qualify for the services.

SB 162 also allows for victims of trafficking to receive more restitution from their perpetrators. In addition to paying the value of their victim’s “labor or services” and “any other amount of loss identified,” traffickers may now be specifically ordered to pay costs “reasonably certain to be incurred by or on behalf of the victim for medical care, psychological treatment, temporary housing, transportation, funeral services, and any other services designed to assist a victim” in his or her recovery from the crime. Additionally, the measure directs the NC Human Trafficking Commission to study sentencing for trafficking crimes, laws that were tightened by the General Assembly last year via Senate Bill 548.

A budget technical corrections bill, SB 335 sets aside $1.5 million for the Commission. It also moves the Commission from the Department of Justice to the Administrative Office of the Courts, the director of which is now charged with allocating funds to support the Commission’s work.

Both bills were championed by Rep. Bill Brawley (R-Mecklenburg), who has been a leader in the fight against human trafficking. Brawley got a crash course in the issue more than a decade ago, while working as a broker with a commercial real estate firm handling large properties in Charlotte.

The Queen City’s large population, growing sporting and convention industries and easy access to major highways has made it a hotspot for trafficking. But authorities say no community, urban or rural, is immune to the crime.