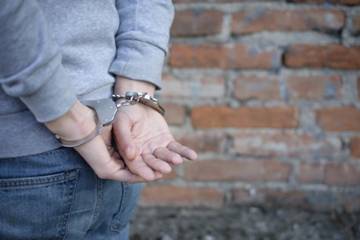 The measure raises the age of juvenile jurisdiction in the state to include 16 and 17-year olds. Currently, teens of this age are tried in the state’s adult courts.

The legislation seeks to bring North Carolina into line with the rest of the country in its treatment of juveniles in the court system. North Carolina is the only state that prosecutes defendants as young as 16 and 17, who are accused of low-level and non-violent crimes, as adults. This saddles them with a record for the remainder of their lives.

According to the North Carolina Administrative Office of the Courts, nearly 97% of convictions of 16-17-year-olds in 2014 were for misdemeanors and nonviolent felonies.

The legislation is supported by a broad coalition of groups. Perhaps its greatest champion is the Chief Justice of the North Carolina Supreme Court, Mark Martin. The legislation is a central recommendation of the commission Justice Martin formed a couple of years ago to study North Carolina’s court system. It’s also supported by groups like the conservative John Locke Foundation, and Conservatives for Criminal Justice Reform.

During the House floor debate on the measure, its lead sponsor, Rep. McGrady argued the legislation would “improve the justice system’s response to teenagers under the age of 18.” He contended, “Studies show recidivism is lower when teens are handled in the juvenile system rather than in the adult system.”

McGrady also said the issue was a moral one. “I would ask you to look to the faith leaders state-wide,” argued McGrady. “Today, Rev. Creech put out for the Christian Action League his letter. But he is joined by the Baptist Home for Children and the Methodist Home for Children. And I believe that every faith group that has weighed in on the subject has come down on the side of raising the age in this state and are supportive of House Bill 280.”

In his support for the “raise the age” initiative, Dr. Creech’s letter to lawmakers noted:

“The Holy Scriptures teach that justice requires proportionality. In other words, there should be different kinds and degrees of punishment for offenders of the law. It is not proportional, sensible or moral that our state’s criminal justice system treats 16 and 17-year-olds as adults when they commit minor, low-level crimes. It results in far more drastic and permanent consequences for them.

“Moreover, the family is of paramount importance to God. Laws that undermine the family harm society. Our current law cuts parents out of the process, denying them a chance to intervene and help their teen in a time of crisis. Cases against them can proceed to completion with no parental involvement or input. Rather than ending up in the juvenile system where both parents and authorities can work together in addressing the problems at the root of the teen’s criminal activity, these youngsters are hauled off into an adult system that almost guarantees they become “twice the child of hell” they may be already.”

Legislation for raising the age of juvenile jurisdiction in the past has always failed. But many of the fears regarding personal responsibility and public safety that have been pervasive in the past seemed to have been sufficiently addressed in HB 280.

Eight lawmakers, however, were still uncomfortable, and the concerns most often mentioned by them on the House floor had to do with funding. McGrady sought to allay those concerns, contending the state could handle the cost.

“We can afford this,” he said, “Part of the issue in the past was we were trying to raise the age at a time when the budget was in pretty poor shape.”

According to a statement released by the Speaker’s Office after the bill’s passage, “The bill’s fiscal impact is estimated to cost about $25 million per year in 2017-2018 and $44 million per year by 2020-2021…North Carolina recently reported a $580 million budget surplus and has saved over $1.2 billion in its savings reserve account after the Republican-led General Assembly paid down more than $2.5 billion in debt from last decade.”

HB 280 has now moved to the Senate and currently resides in the Senate Rules Committee.