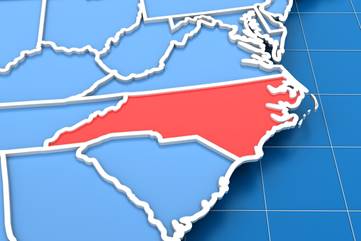 If North Carolina is a good example, Texas shouldn’t fear harm from passing into law its version of the bathroom bill.

SB 6 is a Texas bill, voted out of committee to the full Senate, which would require men to use men’s restroom facilities.

One of the key witnesses before the committee was North Carolina’s lieutenant governor, Dan Forest. In a press conference with Texas Values, he disputed claims that his state has lost business over the issue.

“If you take the most aggressive numbers for the loss that we’ve actually had, because of what’s been done to protect privacy and safety in bathrooms in North Carolina,” said Forest, “you would add that all up and it would come up to 1/10th of one percent of our annual GDP.”

Fact-checking website Politifact, which often goes after conservative officials, conceded that Forest was being truthful about his analysis of North Carolina’s business climate.

Pay Pal made the decision to not expand by adding 400 staff but the state is now adding 400 jobs per week.

Then there were sports organizations that refused events for North Carolina.

“The number that wasn’t added up was the $400 million that we’re going to receive from the International Equestrian Show,” Forrest said. “That’s going to come to North Carolina in 2018 that far outpaces all the numbers for all those events combined.”

In fact, the NCAA moved its tournament to New Orleans and lost money, although that’s not been widely reported.

This story was posted with permission from OneNewsNow.com.