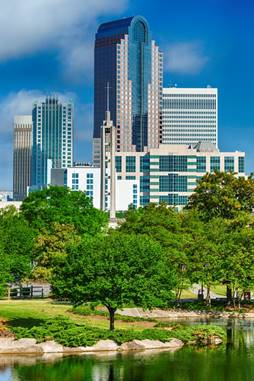 CHARLOTTE – The Charlotte City Council will no longer begin its meeting with prayer, announced Charlotte Mayor Jennifer Roberts on Monday.

Mayor Roberts was the champion for the repeal of HB 2, commonly known as the “bathroom bill.” The measure prohibited men from using women’s restrooms, locker rooms and showers.

Last week Roberts lost her Mayoral re-election bid to a member of her own Party, Democrat Mayor Pro-Tem Vi Lyles.

Roberts said the City Council had consulted with its City Attorney Robert Hagemann and in light of a U.S. 4th Circuit of Appeals ruling, which declared that prayers led by elected officials are unconstitutional, they would be skipping the invocation and going directly to the pledge of allegiance.

Roberts said she wanted everyone who attended the City Council meetings to feel comfortable.

“We want them all to feel comfortable coming to our meeting and it’s clear from other rulings, other cases – that some people when there is an invocation that invokes a certain religion – people are asked to stand and honor that religion – they’re not comfortable with that,” said Roberts.

But by Tuesday there was a backlash to Robert’s announcement.

Hagemann sent an email to council members clarifying his position, saying he never claimed that the council’s practice of an invocation at the start of the meeting was unconstitutional.

Two council members, Vi Lyles and Republican Kenny Smith, who are both running for Mayor of Charlotte, also said Mayor Robert’s announcement took them by surprise.

Lyles said there was no unanimous decision for excluding prayer and Smith disagreed that the federal courts had ruled in a way that precipitated the need for Charlotte to make a change.

“Therefore, I am referring this issue to the Governance and Accountability Committee for open discussion,” Roberts wrote.

The Governance and Accountability Committee contended Roberts, could recommend the reinstatement of some form of invocation, and then the council could vote on it.

Media reports now say the invocation could be restored as early as their next meeting on Monday, September 25th.

Dr. Mark Creech, executive director of the Christian Action League said, “The whole thing is an embarrassing cluster fumble for the Mayor and council members if you ask me. The most recent ruling by the Fourth Circuit Court of Appeals, which involves the Rowan County prayer case, didn’t rule out invocation prayers before council meetings. Instead, it found fault with prayers by public officials that singled out a specific faith. Even that ruling by the Fourth Circuit, I believe, was a departure from Supreme Court precedent, and, therefore, in need of the High Court’s review.”

Bill James, a conservative Mecklenburg County Commissioner, wrote in a Facebook post, “For as long as there has been a City of Charlotte (and that is a very long time) there has been a prayer at the start of the City Council meetings. The same is true for the Mecklenburg County Government Commission. This has continued under both Democrats, Republicans, Whigs and Tories.”

Dr. Creech said he questioned whether Roberts cancellation of prayer was her parting shot at Christian and social conservatives for her re-election loss. “In my mind, there’s no question her role in the Charlotte ordinance that precipitated the need for HB 2 and her opposition to HB 2 were factors in her losing the election,” he said.

But Dr. Creech said the entire episode could also be a political ploy.

“Roberts’ re-election campaign has failed and there is nothing for her to lose now, but Democrats have much to lose if Republican Kenny Smith wins the Mayor’s seat,” said Dr. Creech. “If Vi Lyles, the Democrat candidate for Mayor is instrumental in bringing back the invocation, Democrats could use it in hopes of winning favor for Lyles with social conservatives. They need to peel off some of them from Kenny Smith in order to prevail. But social conservatives need to really understand Lyles is not far politically from Mayor Jennifer Roberts.”

Dr. Creech concluded that he didn’t think there could be any other reasons unless the situation was just a demonstration of gross incompetence.