You are here: Home / Christian Action League / Matthew 25: Do We Go To Hell for Not Feeding the Hungry? 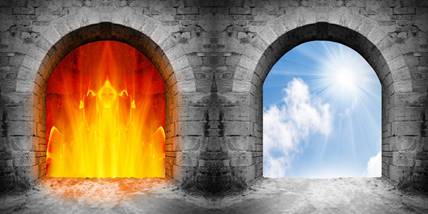 If you are in favor of building a wall on America’s southern border, will you go to hell? It seems some within the evangelical community believe that.

There appears to be a growing movement among evangelicals to embrace a leftist interpretation of the Bible when it comes to “progressive” issues like immigration reform. This is clearly the case with a new video, titled “I was a stranger.” It features various Christian women reading Matthew 25:31-46, where Jesus speaks of the separation of the sheep and the goats.

The video was produced by World Relief, in partnership with the National Immigration Forum, an organization funded by globalist George Soros. According to the Capital Research Center, World Relief is a “refugee contractor” that is paid taxpayer dollars to re-settle refugees and asylum-seekers inside the U.S. The CRC documents how foundations and other nonprofits often raise money for charitable causes but then use the money to “get involved in politics and advocacy, often in ways that donors never intended and would find abhorrent.”

According to the CRC, these groups, including World Relief, discuss issues like immigration and the plight of refugees “in terms of pure altruism, generosity, and welcoming the stranger.” But World Relief and others fail to mention in their fundraising efforts that, “by generously welcoming strangers to our land, [World Relief] can receive bountiful subsidies of tax dollars that underwrite hefty salaries for persons who claim to act only from the most selfless motives.”

As I have already dealt with a biblical approach to the immigration issue here, let me get to the actual issue that led to this column: The World Relief video promotes an unbiblical view of salvation as works-based, rather than as based on faith in Jesus Christ.

The clear message of Matthew 25:31-46, according to the video and leftist evangelicals, is that people who do not feed the hungry, give water to the thirsty, clothe the naked, visit those who are sick or in prison, and especially welcome immigrants and refugees to America are going to hell. Why? They argue that, because Jesus lives in the suffering people of the world, if you do not care for these people, you’re not caring for Jesus. The result is an eternity in flame-filled torment.

If you think I am exaggerating, I’ll let the leftists speak for themselves. Shane Claiborne, a Christian social activist who is co-director of Red Letter Christians, said about this passage:

“… the goats who did not care for the poor, hungry, homeless, imprisoned are sent off to endure an agony akin to that experienced by the ones that they neglected on this earth…We build up walls to keep immigrants from entering our country…And the more walls and gates and fences we have, the closer we are to hell.”

In a screed against President Donald Trump and those who supported him in the 2016 election, Jim Wallis, founder of Sojourners, wrote about Matthew 25 and said this:

“In this text, Jesus is literally saying to us: How you treat the most vulnerable is how you treat me. He is saying I will know how much you love me by how you respond – or don’t respond to them.”

How should Christians respond to the “vulnerable”? Wallis says we should (1) act to “block and obstruct” the deportation of illegal immigrants; (2) hold accountable all efforts to promote “racial policing” by law enforcement; and (3) resist efforts to restrict immigration from Muslim countries – even from nations that have no way of sifting out jihadists.

Micah Bales, a Bible teacher who was formerly an organizer with the radical Occupy movement, blogged about Matthew 25 on the Red Letter Christian site:

“When Jesus judges the world, according to this passage, he won’t care what you think about him.” Instead, all that will matter is how we answer questions like, “Did you care for the stranger?”

Turning to the issue of Syrian refugees after Trump was elected, Bales stunningly insisted:

“If we turn our backs on the Syrian refugees, we reject as irrelevant the claims of Jesus. We deny the truthfulness of the Bible. We renounce the Christian faith altogether…Let me be clear: You cannot ignore these refugees and be a follower of Jesus in any real sense.”

I’ve seen leftist evangelical tripe before, so I’m not shocked the video exists (or that Claiborne, Wallis, and their ilk blog about it). Instead, I am stunned that some of the women in the “I was a stranger” video are well-known, otherwise conservative evangelicals who should know better. I’m talking about Bible teacher Beth Moore, author Joni Eareckson Tada, and Kay Warren, wife of Saddleback Church pastor and author Rick Warren.

These evangelicals are twisting Matthew 25 and doing nothing less than endangering the very gospel they claim to uphold. Does Beth Moore actually believe that Christians are going to hell if they don’t feed the hungry, clothe the naked, or if they try to limit illegal immigration into America? Does Kay Warren?

Hear me, please: true Christians absolutely will care for suffering people in this world. I believe that is what the Bible teaches. Where we find those in need, loving our neighbor means helping the person in the ditch (Luke 10:30-37). I will even go so far as to insist that our actions toward needy and suffering Christians can indicate whether or not we ourselves are actually in the faith (James 2:14-17; 1 John 3:17). But Matthew 25 does not link a generalized ethic of charity work to the eternal destiny of those who claim to be Christian.

The Day of Destiny

So what does Matthew 25:31-46 actually teach? Let’s start from the judgment and work backwards. We see two groups of people, designated by the symbols of sheep and goats, which hear the declaration of their eternal destinies. The sheep are “the righteous” (vv. 37, 46) and “blessed of My Father” (vs. 34); the goats are called “accursed ones” (vs. 41). Where does each group end up? The sheep “inherit the kingdom” (vs. 34) and are granted “eternal life” (vs. 46); the goats are sent “into the eternal fire” (vs. 41) and “eternal punishment” (vs. 46).

This is obviously serious stuff, so the follow-up question is clearly of eternal importance: What are the criteria for the separation? Upon what bases are some people designated righteous and others accursed?

How did they treat Jesus?

First, the basis for determining the eternal destiny of the sheep and goats is how people treated Jesus Christ. The line of separation is Jesus Himself, and the teaching in Matthew 25 clearly focuses on Him.

Jesus mentions the following categories of general and basic need, although it’s probably not exhaustive:

Both groups (sheep and goats) are surprised at this standard, although there is no indication that these two groups were surprised concerning their eternal destinies. The standard is how they treated Jesus, but both groups question the King in identical fashion: “When did we see You” in need?

When did we see Jesus?

Let’s remember that the answer to this question is of eternal importance – people enter the kingdom of heaven or the torment of hell based on it.

Who are these people that need help? Jesus clearly identifies them as “these brothers of Mine, even the least of them.” Leftist evangelicals claim that these people are all needy individuals.

How did you treat Christians?

They are wrong. There is nothing imprecise about Jesus’s words in this passage. These are His disciples – Christians – especially those engaged in doing kingdom work. Earlier in this very same gospel, Jesus was speaking to a large group of people, and he was told His mother and brothers were standing outside, wanting to speak with Him (Matthew 12:46-50). Matthew recounts His response:

“But Jesus answered the one who was telling Him and said, ‘Who is My mother and who are My brothers?’ And stretching out His hand toward His disciples, He said, ‘Behold My mother and My brothers! For whoever does the will of My Father who is in heaven, he is my brother and my sister and mother'” (vv. 48-50).

There it is – “His disciples.” His brothers are those who do “the will of My Father who is in heaven.” His brothers are Christians. The brothers of Jesus are not every person on the face of the planet – although they are nevertheless precious to God. Every person on earth is made in His image, but not every person is a son or daughter. Those who have repented of their sins and put their trust in Jesus are children of God. The unrepentant are “illegitimate children” (Hebrews 12:8). If they are not children of God by faith, then they are not the brothers and sisters of Jesus Christ (Hebrews 2:10-12).

Does this make sense in the context of Matthew 25? Absolutely. There is a consistent message in the New Testament that the way people treat His disciples, as they go about preaching the gospel, reflects how they are actually treating Jesus:

This explains the surprise of both the sheep and the goats in Matthew 25. That people will go to heaven for receiving Jesus Christ would not surprise the sheep; that people would go to hell for rejecting Jesus Christ would not surprise the goats. However, the fact that eternal destiny is determined, in part, by how Christians are treated – that would be surprising.

Remember, there are other parables in which this theme is played out. In Matthew 22:1-14, a king (representing God the Father) invited people to a wedding feast. But the messengers were mistreated and even killed. This was interpreted as an action of intolerable disdain for the one who sent the messengers – the king himself. (See also Matthew 21:33-41.)

In Matthew 25, what does the phrase, “even the least of these,” mean? Simply this: Not everyone who loves and serves Jesus is an apostle. God even cares about the obscure saints. For those who hurt or disregard them when they are in need, those unbelievers are in for a rude awakening on the day of judgment.

It is not an exaggeration to say that the leftist misinterpretation of Matthew 25 undermines the gospel message of salvation by faith alone. According to them, if people go to hell for not feeding the poor, then the opposite must also be true – people go to heaven if they do. Even people who are not Christians would be welcomed into heaven based on their good works. On the basis of Matthew 25, I’m not sure how you could avoid this conclusion.

Ask yourself this: How many hungry people must I feed in order to be considered among the sheep? How many must I clothe? How many must I visit in the hospital? In addressing World Relief’s self-serving video – and teachers like Beth Moore who promoted it – how many illegal immigrants must I be in favor of letting into America in order to fulfill charity to “the stranger”?

Does this leftist interpretation of Matthew 25 create fear in your heart or promote a desire to do good to all because of gratefulness for one’s salvation? I think it is clear: Fear is the bitter fruit of a doctrine of salvation by works, because there is never any assurance or peace.

I don’t expect a whole lot from evangelicals named Claiborne or Wallis. They are twisting this passage in order to push political agendas, like amnesty for illegal aliens. But well-known Bible teachers like Beth Moore should know better – and they should be ashamed.