You are here: Home / Alcohol / Major Campaign Launched for Allowing Alcohol Sales before Noon on Sundays, ‘Where is the Respect for Churches?’

Clergy and other church leaders urged to sign letter to lawmakers
By Staff
Christian Action League
May 6, 2017 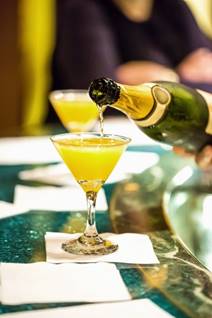 The North Carolina Restaurant and Lodging Association, as well as other supporters, are now launching a major campaign for the passage of NC Senate Bill, SB 155-Economic and Job Growth for NC Distilleries or its companion bill in the House, HB 460. The measure, commonly referred to as “The Brunch Bill,” would provide cities and towns with the option of selling alcohol before noon on Sundays.

Supporters have set up a website and are using the hashtag #FreetheMimosa. A Mimosa is an alcoholic beverage, more specifically; a cocktail composed of champagne or a sparkling wine and chilled fruit juice.

Since the measure has been bottled up in committee for about a month, they’re urging people to sign an online petition urging lawmakers to pass it. As is typical of many alcohol proposals, proponents argue that rolling back the serving time of alcoholic beverages by two hours, from 12 noon to 10:00 am would increase tax revenue, benefit both local and state governments, and result in job creation.

Lynn Minges, president and chief executive of the Restaurant and Lodging Association told WRAL News, “The reality is we live in an age where people drink alcohol, and there’s no logical reason not to serve it earlier if consumers are demanding it.”

Dr. Mark Creech, executive director of the Christian Action League, has been opposing the bill, referring to it as the worst piece of alcohol legislation he has seen in his twenty years of lobbying. Dr. Creech says the media has focused on the “Brunch” provision because it’s the most attractive part to draw support. But the initiative, he adds, is fraught with other provisions that are even worse, though he would not diminish the egregiousness of the “Brunch” provision.

“There are plenty of studies that reveal if you roll back the prohibition on alcohol sales on Sunday as much as by two hours, it does cause a spike in dangerous consumption rates and alcohol-related problems,” Dr. Creech told WRAL.

In interviews with other media, Dr. Creech contends the measure reveals a tacit disrespect for churches. “Where is the respect that once was?” he asked. “The law, admittedly, has been in place for these many years out of veneration to churches that normally get out of worship services around noon time. Forget the question of whether to drink or not to drink, that’s really not the issue here,” says Creech.

“What’s pertinent is churches spend significant time and ministry resources helping people pick up the pieces of their lives ruined by alcohol use and abuse. Don’t churches deserve respect for this indispensable service? You mean to tell me the business community is so covetous for making another buck that they can’t wait just two more hours before selling alcohol on Sunday? While the religious community is trying to minister to people who need to be in church because of their alcohol addictions or alcohol related problems, they’re doing everything they can to get many of these same people to belly-back-up to the bar. Business and the religious community need to work together. This kind of legislation works against the positive role religion plays in our culture,” Creech argued.

According to WNCN CBS North Carolina, Fayetteville City Councilman Bill Crisp, offered similar sentiments, saying, “I strongly believe noon is time enough for folks to start getting drunk on Sunday. It is the Sabbath, what we need is to encourage folks to go to church again and ‘restore’ moral values in their children.” He added the sale of alcohol is already alive and well without the legislation.

Dr. Creech says the people behind this legislation are well-funded business interests with high-powered lobbyists who are constantly working on the passage of this initiative.

“If clergy in our state and people in the pews are silent, more lives will be destroyed by America’s number one drug problem, which is alcohol, and the influence of our churches will also lose ground in the state,” said Creech.

Clergy and other church staff and leaders are urged to sign a letter to Senate President Pro Tempore Phil Berger, House Speaker Tim Moore, and members of the North Carolina General Assembly, urging them to stop the “Brunch Bill,” SB 155 or HB 460.

Please alert your pastor and church leaders to this letter and encourage them to sign it quickly because this kind of legislation can move fast.

Even if you do not have an official church title or position in the church, you too are urged to contact your lawmakers in the House and the Senate, asking them NOT to pass the “Brunch Bill.” Send them an email or give them a phone call.

If you need the contact information of your lawmakers or don’t know who represents you in the NC House and Senate, click here and follow the prompts.

As always, remember to add to your Christian Action your prayers. Prayer is really the most powerful thing that can be done.