You are here: Home / Christian Action League / Liquor-By-The Drink Referendum in Greene County is a Matter of Public Health and Safety, County Residents at a Crossroads, Argue Opponents 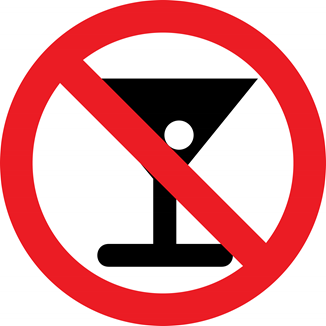 GREENE CO. – Greene County will decide the question of whether to allow Liquor-By-The Drink county-wide this Tuesday, May 8th.  County Commissioners unanimously voted to place it on the ballot last February. The Greene County Economic Development Commission made the request.

WITN News reports that Greene County economic developer, Rick Davis, argues that the measure is needed to increase sales tax revenues. But Frank Rice, pastor of Mount Calvary Free Will Baptist Church in Hookerton, strongly disagrees and has spearheaded a vocal opposition movement against the proposal. Dozens rallied against the passage of Liquor-By-The-Drink on the Court House lawn in Snow Hill last Tuesday.

Rice rightly argues that the real question is the public health and safety of the community, and not economic development. In a letter he wrote to pastors in the County, Rice said, “Many advocating for Mixed Beverages keep promoting a motto of progress but can any ‘progress’ be the worth the personal safety of the citizens of our County?” He adds that the referendum presents a major crossroads for the County’s citizens.

Dr. Mark Creech, executive director of the Christian Action League, says the referendum in Greene County is of special interest to him because it’s where he grew up. “Snow Hill is my hometown. I graduated in 1975 from Greene Central High School. My mother still lives in Snow Hill and I visit as often as I can,” he said. “It was the First Baptist Church of Snow Hill that licensed me to the Gospel Ministry and Davis Grove Baptist Church which is in a rural section of the County that ordained me.”

Dr. Creech posted on Facebook a response to the many arguments being made in favor of passing a Liquor-By-The Drink referendum. Arguments such as; LBD will generate more tax revenue for the County, enhance economic growth, help bring in fine dining establishments, lure industry and create new job opportunities, as well as create an environment for better alcohol-related control. “But every one of these contentions don’t hold up to close scrutiny,” Creech said.

Creech added, “As executive director of the Christian Action League, a Raleigh-based Christian Public Policy organization, I have been addressing alcohol policy in the Tar Heel State for 18 years. I can say with authority that the promises of economic prosperity made by mixed drinks proponents are empty promises at best. All-too-often, people believe their spurious arguments.”

Creech encouraged County residents to vote “No” on the Mixed Beverages question on May 8th.

To Read Dr. Creech’s Statement against the LBD Referendum in Greene County on Facebook, go here

Mount Calvary Free Will Baptist Church has posted a short video on Facebook, which also urges Greene County voters to vote “No.”

In the comments section of Mount Calvary’s post, Rick Davis argues, that drinking is already going on in the County and adding Liquor-By-The-Drink will do nothing to exacerbate negative alcohol-related statistics.

“The fact of the matter is that studies from national health organizations clearly and conclusively show over and again that an increase in alcohol outlets always results in higher consumption rates which lead to more alcohol-related problems. The passage of an LBD referendum will unquestionably result in a greater density of alcohol outlets. Mr. Davis’ arguments are nonsensical. He and his cohorts want you to believe the County will benefit economically by selling more booze, but the alcohol statistics won’t change with the increase. The argument works against itself,” Creech added.

According to the Bowles Center for Alcohol Studies at UNC, “the destructive and irresponsible use of alcohol and other drugs cost North Carolina more than $6.8 billion annually.”

Alcohol remains America’s number 1 drug problem and causes more death and destruction than all the other illicit drugs combined.