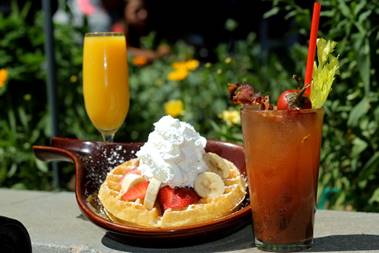 RALEIGH – “Sometimes a measure has momentum. It’s popular from the moment it’s introduced,” said Dr. Mark Creech, executive director of the Christian Action League. “Although you fight to defeat the bill in its entirety, you find it a losing battle, and, thus, you can only hope to minimize the harms you know it will bring.”

SB 155 significantly loosened the state’s alcohol control laws, rolling back the time for alcohol sales on Sundays from 12:00 noon to 10:00 a.m., and making it possible for breweries and distilleries in the state to expand their business at the expense of the public’s health and safety.

The House and Senate reached agreement on SB 155 and passed it on June 28th. Gov. Roy Cooper signed the measure into law just two days later.

The Christian Action League’s lobbying efforts, however, did result in removing some of the most egregious provisions of the legislation before its final version.

HB 500 originally contained a provision that would have raised the current limit on the number of barrels a brewery could self-distribute directly to retailers without working through a middleman, a wholesaler, from 25,000 barrels annually to 200,000.

This provision was stripped from the bill.

If the measure had passed as originally written, it would have done severe damage to the state’s Three-Tier system of alcohol control, made up of manufacturers, wholesale distributors, and retailers. The Three-Tier system is an indispensable means for reducing harms that are inherently attached to the marketing and sale of beverage alcohol.

The three-tier system works exceedingly well (1) to encourage and promote a more temperate and responsible culture with respect to alcohol use; (2) to prevent overly aggressive marketing and sales practices that can lead to alcohol falling into the wrong hands like underage drinkers; (3) to provide a clear and identifiable distribution chain that ensures the location of every ounce of a product well-known for its inherent dangers; and, (4) to establish a transparent means of collecting taxes.”

SB 155 originally contained a provision that would have allowed for liquor tasting events in ABC stores. This provision was taken out. It would have created a paradigm shift in the function of an ABC store.

The ABC system’s purpose in North Carolina has always been to provide access to spirituous liquor products after communities approve ABC stores at the ballot box. The concept behind community ABC stores has been about regulation and control.

This proposed provision would have introduced a foreign concept that has been historically avoided – partnership with the liquor industry in the pursuit of profits. In the interest of encouraging temperance and protecting the public’s health from alcohol abuse, ABC stores have traditionally remained neutral about sales and never been about the promotion of spirituous liquor.

In 1933 John D. Rockefeller, Jr. commissioned Raymond Fosdick and Albert Scott to study alcohol regulation and prepare the nation for the safest means for legal sales of spirituous liquor. The results of that study produced “Toward Liquor Control,” a work that not only had a profound impact on the nation’s alcohol policy, but North Carolina adopted almost every aspect of the proposed strategy.

Rockefeller summarized the plan’s fundamental principle in the following statement:

“Only as the profit motive is eliminated is there any hope of controlling the liquor traffic in the interest of a decent society. To approach the problem from any other angle is only to tinker with it and ensure failure. This point cannot be too heavily stressed.”

Direct Shipment of Distillery Products to Individuals Amended Out

Rep. Pat Hurley (R-Randolph), proposed an amendment on the House floor to remove that part of the bill. It was supported by Rep. Jamie Boles (R-Moore), chairman of the House ABC Committee, and Rep. Pat McElraft (R-Carteret) who made a passionate plea for the amendment’s approval.

Despite fierce opposition, the amendment passed by a 59-54 margin. Nineteen Democrats joined with 40 Republicans to get the amendment over the top.

“The June 2015 Report to Congress on the Prevention and Reduction of Underage Drinking” addressed state laws that prohibit or permit retailers to ship alcohol directly to the consumers located across state lines, usually by ordering alcohol over the internet.

“Retailer interstate shipments may be an important source of alcohol for underage drinkers. In a North Carolina study (Williams & Ribisl, 2012), a group of 8 18- to 20-year-old research assistants placed 100 orders for alcoholic beverages using internet sites hosted by out-of-state retailers. Forty-five percent of the orders were successfully completed… 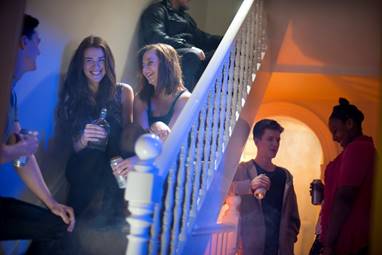 “There were also conflicting claims regarding the role of common carriers. The North Carolina study reported that all deliveries were made by such companies, and many internet alcohol retailers list well-known common carriers on their websites. Yet carriers contacted by the North Carolina researchers stated that they do not deliver packages of alcohol except with direct shipping permits. This suggests confusion regarding state laws addressing interstate retail shipments. North Carolina, where the study took place, prohibits such shipments, which means that at least 43 percent of the retailers in the study appeared to have violated the state law.”

“I can’t express how relieved I was that this provision was amended out of the bill,” said Dr. Creech. “I believe that God judges a nation by the way it treats it’s most vulnerable. Without this amendment, SB 155 would have made a means for youth to actually get liquor via the mail. That’s just plain wrong!”

Dr. Creech went on to contend, “It was disappointing the League couldn’t stop all the provisions from HB 500 and SB 155, which became one mammoth piece of alcohol legislation. The ways that we were able to reduce the bill’s harms, in my estimation, were more than small victories. We were exactly what our Lord commanded us to be – “the salt of the earth.” We can’t always halt every corruption, but by God’s grace we can often hold it back and preserve what’s good – to preserve life.”